Jad Nakhle and his family opened a Lebanese restaurant in the heart of Cronulla seven years ago.

They called it Yalla Sawa – Arabic for ‘come together’ – and Jad says that’s what the community has done since day one.

“As soon as we opened the doors, we were busy. And we were busy for a long time. A lot of the locals love this place. They tell a lot of people about it. Like, ‘if you go to Cronulla, you’ve got to go to Yalla Sawa’.” 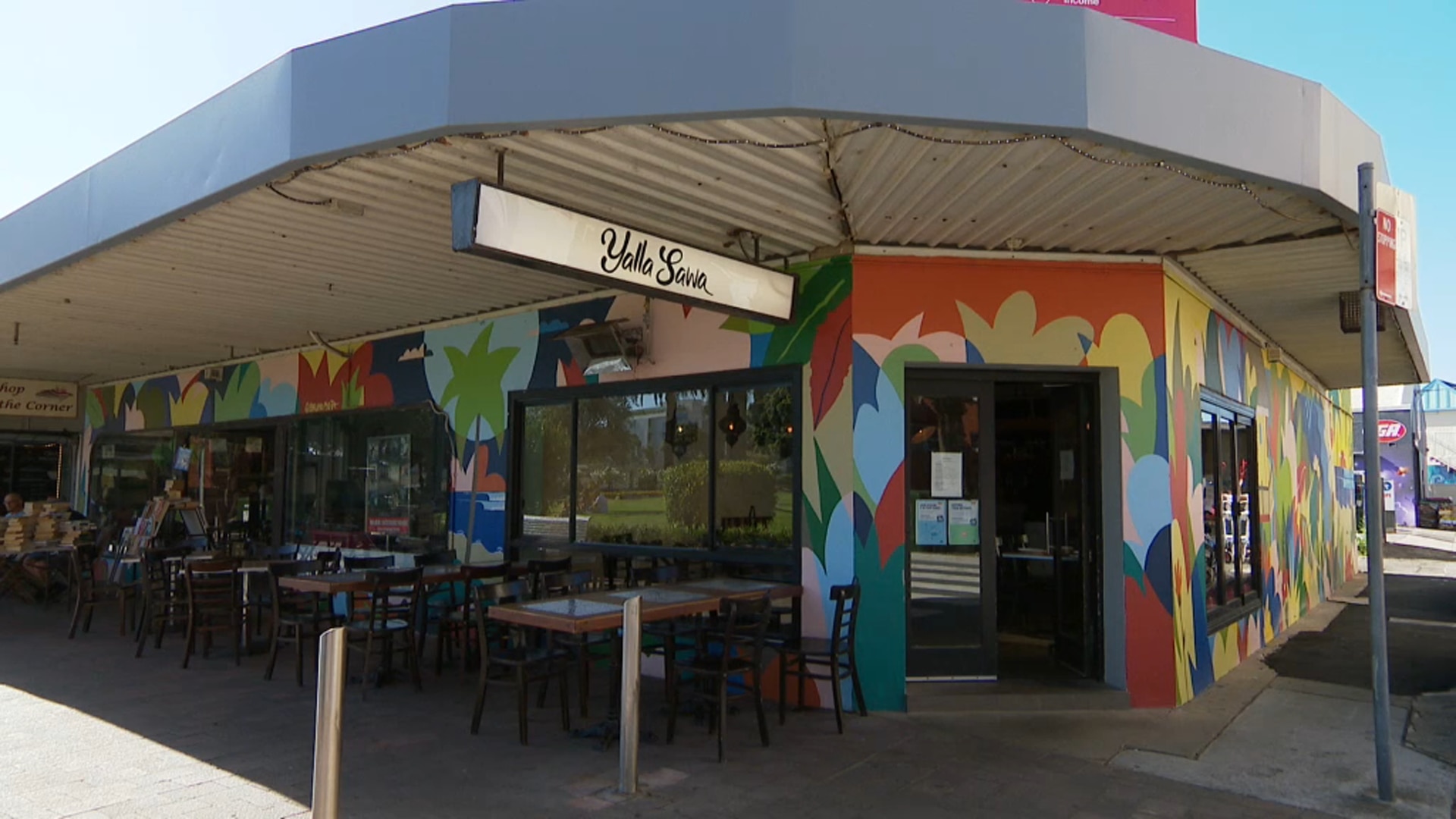 Yalla Sawa is Arabic for ‘come together’.

People from the Sutherland Shire and beyond still flock to the restaurant five nights a week, enjoying a fusion of foods from the Middle East and North Africa.

“Me and my sister own the restaurant and our mum does a lot of the prep work,” Jad says. “She still makes the hummus, the tahini, the garlic dip, the baba ganoush – all the traditional ways.”

But success is never guaranteed in the hospitality business.

SBS interactive: Cronulla Riots – The day that shocked the nation

“It used to be a Lebanese restaurant around 15 years ago,” Jad says. “Then a few things happened and he closed down.”

That closure came just after the Cronulla riots in December 2005.

A dark day in Australia’s history

On 11 December 2005, thousands of people descended on Cronulla following the alleged assault of two off-duty lifeguards there.

Text messages calling for a “Leb and Wog bashing day” were shared widely and the alcohol-fuelled violence that ensued saw the day go down as one of the darkest in Australia’s recent history.

A crowd gathers outside ‘Northies Hotel’ at Cronulla after a man was chased inside during the riots.

Lebanese-Australian author and journalist Sarah Ayoub was 19 at the time.

She says the riots were one of her earliest experiences with racism in Australia.

“I think what stood out for me back then, and what still stands out to me now, was the phrase ‘no Allah in the ‘nulla’,” she says.

“In Arabic, the word Allah is just ‘God’ – so even Christians say God is Allah. I just found that so ironic.”

Sarah says the riots had an immediate impact on her community and quickly became a big part of her writing.

Her first novel, Hate is Such a Strong Word, was set in the shadow of the riots.

“For those riots to happen when they did, when I was just on the cusp of entering into my adult life, really transformed the way that I thought about myself as an Australian of Lebanese heritage,” she says.

“I really questioned what my place was in this country, and so writing about that feeling of otherness really helped me deal with what was going on.” Lebanese-Australian writer Sarah Ayoub was 19 at the time of the Cronulla riots.

Fifteen years have now passed, and Australia has not seen a similar incident on the same scale since but Sarah fears the underlying racism that triggered the riots persists.

“I actually feel that racists have become more emboldened,” she says.

“We’re seeing a rise in white supremacy all throughout the Western world, and I feel like although the conversations about who exactly is the ‘other’ might be changing, it’s still part of Australia’s fabric.”

In October, the Australian Federal Police Deputy Commissioner Ian McCartney identified far-right extremism as one of his agency’s key concerns.

“We’re dealing with people who are either radicalised in the real world or radicalised online,” he told a Senate estimates committee.