A McDonald’s in the Chinese city Guangzhou is in damage control after a branch displayed a sign barring black people from entering.

The sign, which was posted on social media and has since gone viral, said: “We’ve been informed that from now on black people are not allowed to enter the restaurant.”

The US chain apologised following the backlash online and a spokesman for McDonald’s told AFP that the notice was “not representative of our inclusive values”.

It said it removed the sign as soon as it became aware of it, and temporarily closed the Guangzhou restaurant.

The incident at McDonald’s is the latest in a string of clashes between Africans nationals and locals in the industrial city, exacerbated by the COVID-19 outbreak, and rumours that the virus was spreading among African people in certain suburbs.

There have been reports African migrants have been forcibly evicted from their homes, turned away from hotels, and refused service at shops in recent weeks. 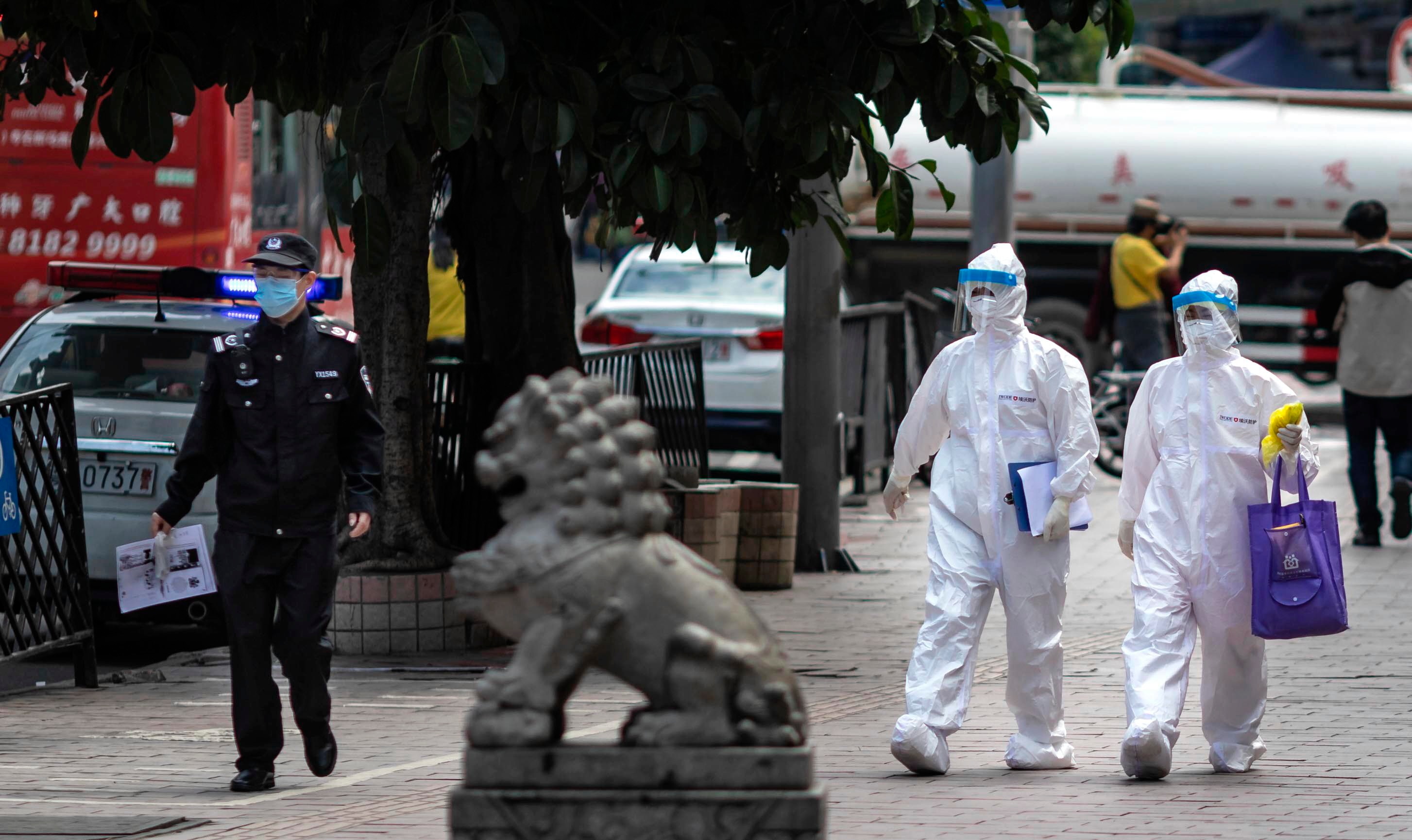 Many African nationals living in Guangzhou city, reported racial discrimination against them, banned from entering almost all restaurants, hotels and subway.

They have also been subject to mass testing and quarantine, despite the majority claiming to have no recent travel history, or no known contact with COVID-19 patients.

Guangzhou has one of the largest African communities in China, and is considered a hub for African traders buying and selling goods.

But the recent reports of discrimination have triggered a diplomatic row, with many African diplomats calling for the Chinese government to step in and better support its migrants living in the southern province.

The African Union has summoned the Chinese ambassador regarding Africans being evicted from flats and hotels in Guangzhou over claims they are spreading Coronavirus. Some complain about being put in mandatory quarantine despite testing negative for the virus. pic.twitter.com/Iqs33x5Ufi

Officials from over 20 African nations met with Chinese assistant foreign minister Chen Xiaodong earlier this week to discuss the tensions.

According to a foreign ministry statement, Mr Chen said the Guangdong government is “constantly taking measures to improve” and act “according to the principle of non-discrimination”.

He said China will adjust its coronavirus restriction on African nationals, and that the Guangdong authorities would “gradually lift health management [restrictions] over African nationals except those who were infected, their close contacts and suspected cases.”

1/2: In a phonecall with Chinese Foreign Minister #WangYi today, he reassured me of measures underway in #Guangzhou to improve the situation of Africans, in line with the strong and brotherly partnership between #Africa and #China.

He said Mr Wang reassured him measures are underway in Guangzhou “to improve the situation of Africans”.

People in Australia must stay at least 1.5 metres away from others and gatherings are limited to two people unless you are with your family or household.

If you believe you may have contracted the virus, call your doctor (don’t visit) or contact the national Coronavirus Health Information Hotline on 1800 020 080.

If you are struggling to breathe or experiencing a medical emergency, call 000. SBS is committed to informing Australia’s diverse communities about the latest COVID-19 developments.

News and information is available in 63 languages at sbs.com.au/coronavirus