At least 29 people were killed when a restaurant collapsed in northern China, state media said, with efforts to find survivors brought to a close.

The two-storey building in Xiangfen county, Shanxi province, came down on Saturday morning during an 80th birthday party, according to official news agency Xinhua.

A total of 57 people have been pulled from the debris of the Juxian restaurant, with dozens injured.

Seven people are seriously hurt, although Xinhua said the injuries were “not life-threatening”. 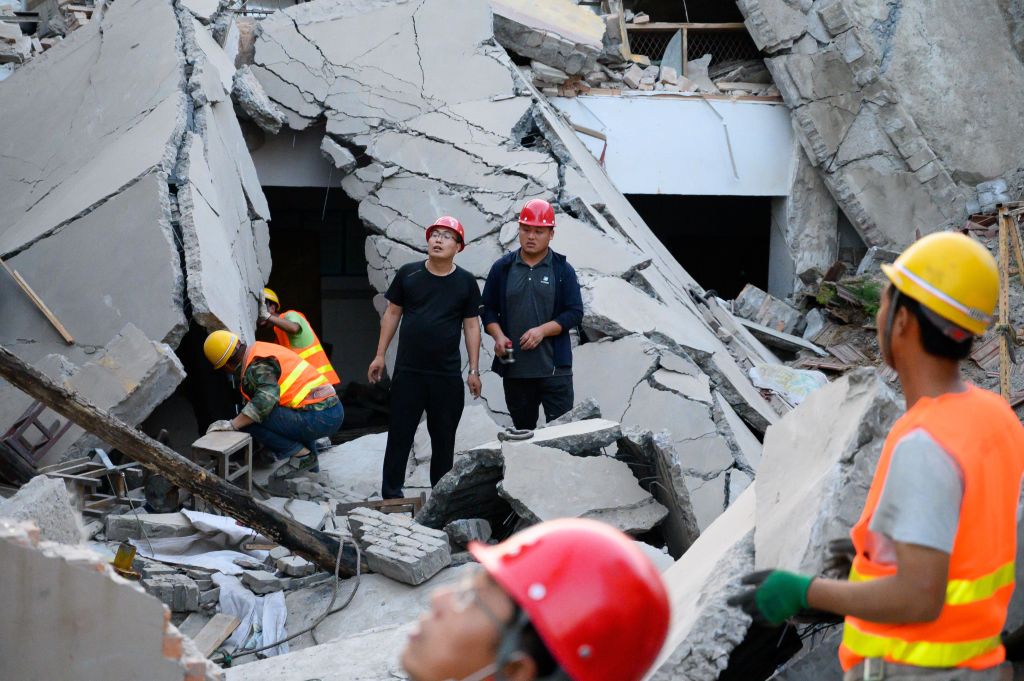 Rescue workers search for survivors in the debris following the building collapse at Chenzhuang village.

The cause of the collapse is unknown and the central government’s State Council said it would supervise an investigation by provincial authorities.

Footage on the CGTN website showed the roof caved in, with rescue equipment lifting rubble from the site.

Rescuers in orange overalls and hard hats combed the crumbled ruin as a painting remained hanging on one of the few walls still intact.

China is no stranger to building collapses or deadly construction accidents, which are typically blamed on the country’s rapid growth that has led to corner-cutting by builders and the widespread flouting of safety rules.

A hotel collapse in southern China’s Quanzhou city in March killed 29 people and injured another 42.

An official investigation found three floors had been added illegally to the original four-story structure, and safety assessors had colluded with the hotel’s owner to produce false reports about the building, state broadcaster CCTV said.