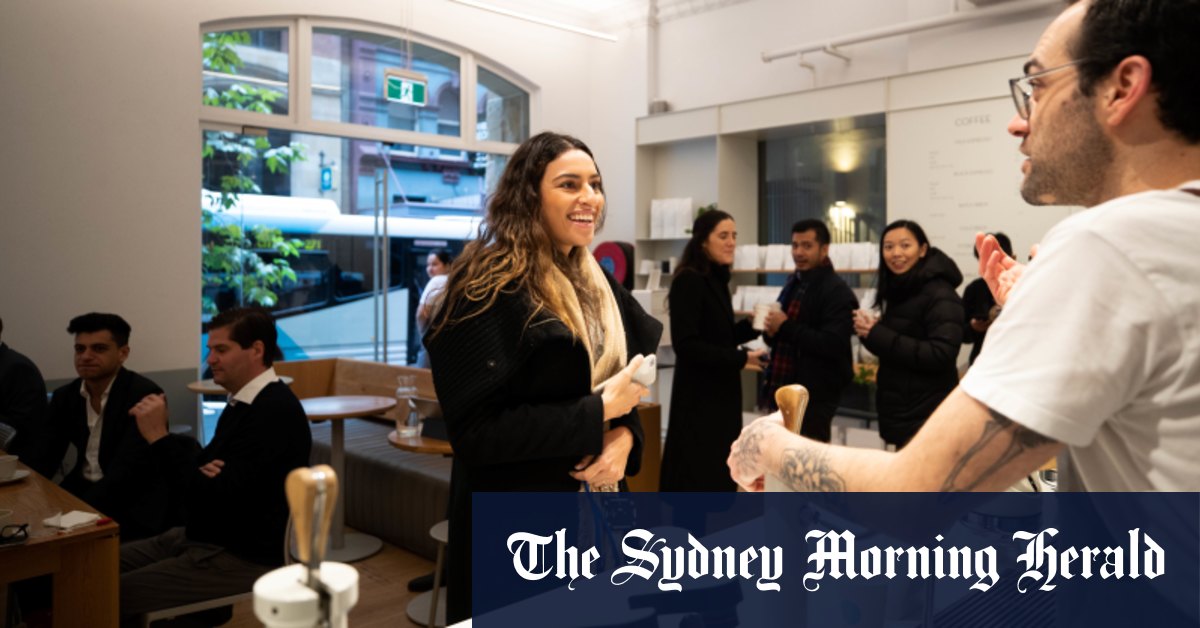 Some venues based in CBD office buildings and caterers remained down, while suburban cafes and restaurants had recovered thanks to people working from home.

“Areas such as The Rocks remain down due to their reliance on international tourists and cruise passengers,” he said.

Mr Lambert also said people were dining out up to five times a week – more than before the pandemic.

Trevor Simmons, co-founder of Industry Beans, said the CBD cafe’s revenue was up 60 per cent compared to last May when the first lockdown restricted trade to takeaway only.

Mr Simmons said the pandemic had depressed trade by deterring office workers and shoppers from visiting the CBD until March this year.

“The positive is that we are now 85 to 90 per cent of pre-COVID trading and hoping to see that increase over the coming months,” he said.

Mr Simmons, who also operates cafes in Brisbane and Melbourne, said the Sydney venue had been the quickest to recover in the past six months thanks to lower case numbers and less restrictions.

An oversupply of cafes in Sydney and Melbourne before the pandemic had eased with the closure of some businesses, enabling venues still operating to attract more customers, he said.

Mr Le Grand said the impact of COVID differed between states: “Brisbane was mainly back on track in early winter of last year, while Sydney took until the start of summer.”

Japanese restaurant ILKO Mazesoba in Haymarket was hit hard early in the pandemic by the loss of students, tourists and people shunning the Chinatown area, said owner Michelle Widjaja.

However, she said trade was now better than before the pandemic, with takeaway and delivery still popular.

Ms Widjaja said the pandemic had accelerated the adoption of technology such as QR codes, table-ordering systems and loyalty programs.

Tom Stott, head chef at Employees Only, said the number of guests at the restaurant and bar in Sydney’s CBD was close to pre-pandemic levels following a three-month closure last year.

“I am starting to see a lot of life returning to the city, which almost resembles a time pre-COVID,” he said.

The state government’s Dine and Discover scheme, which has been extended to July 31, offers adults four $25 vouchers to spend on dining and entertainment.

More than 5 million vouchers have been used in cafes and restaurants, including 450,000 in the City of Sydney.

Ms Widjaja said the dining vouchers encouraged customers to order more and choose premium items from the menu: “It has also encouraged people to go out and maybe try something they wouldn’t normally do.”

The revenue data suggests it takes about one month for drinkers and diners to come back after a lockdown.

Stay across the most crucial developments related to the pandemic with the Coronavirus Update. Sign up to receive the weekly newsletter.

Coffee & Convenience: Why Drive-Thrus Make All the Difference Among Today’s Consumers

Coffee & Convenience: Why Drive-Thrus Make All the Difference Among Today’s...