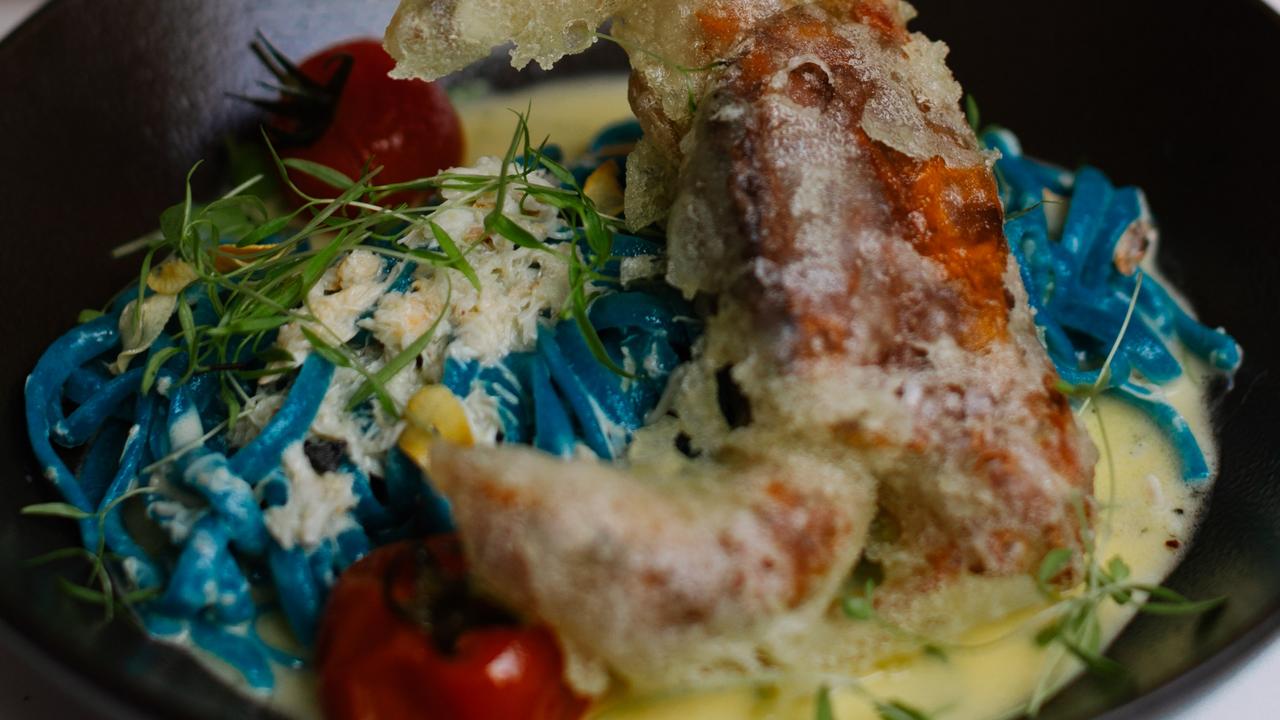 We know city folk have been flocking to the regions since COVID-19 hit; now their food is following suit.

Mark + Vinny’s Place has netted a strong following and promising reviews from its Surry Hills restaurant in Sydney.

Now the brand, created by Mark Filippelli and Vince Pizzinga and also known as MVP, is coming to Byron Bay.

The Sydney restaurant has become known for it rainbow-coloured pastas and vegan-friendly menu.

“MVP is an intimate, casual, and fun space,” the eatery said in a statement.

” But it has a serious ethos. It is dedicated to the real MVPs – the ‘most valuable producers’ of Byron Bay.

“The artisans, the growers, the pioneers who are demonstrating what a more sustainable food system can look like. The food is sourced sustainably, in-season and from farms with full traceability and integrity.”

More than half of the menu is plant-based.

Head Chef at MVP Byron Bay is Brett Luckens, who has more than 30 years of experience, including time in Europe, Asia and Australia in Michelin and Hatted restaurants.

He has trained at 3 Michelin star restaurants Le Calandre and Bras, was executive chef at Aria Catering, and worked at The Summit Restaurant with Matt Moran and Michael Moore.

“Like Mark + Vinny’s in Surry Hills, MVP’s menu evokes the comfort of Italian home cooking, encouraging family style sharing, but with the innovative and humorous twist Filippelli and Pizzinga are known for,” they said.

“Mark + Vinny’s signatures which have made the journey to the Byron menu include the Bucatini Carbonara, a vegan egg Carbonara – but with this vegan egg made from local heirloom tomatoes from local producer Coopers Shoot Tomatoes – and the famous Blue Spirulina Linguini with blue swimmer crab, white bisque, confit cherry tomatoes, soft shell crab.

The mushroom ragu is made with produce from Byron Gourmet Mushroom, served with a mushroom capsule.

“Filled with forest mushroom powder and medicinal mushroom, the cap is served on the side for guests to sprinkle over their pasta,” MVP said.

Brookies gin and The Cannabis Co. Mycene Hemp Gin are among inclusions on the extensive drinks menu.

MVP is expected to open a rooftop pizza bar later this year.