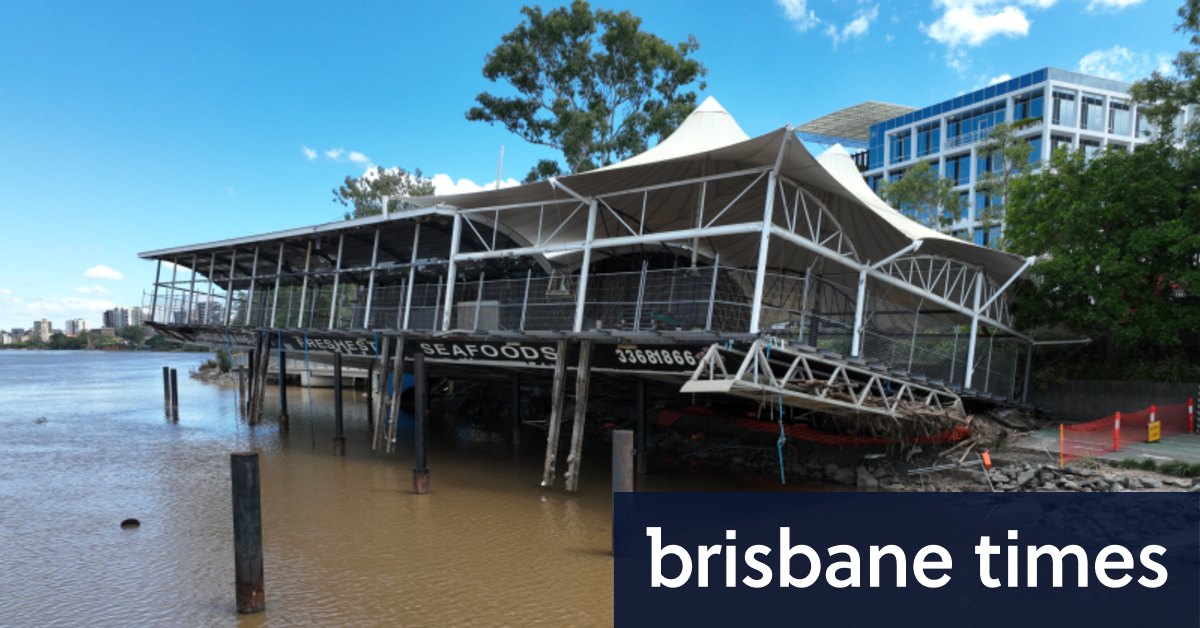 On Friday, Cr Schrinner posted an update to social media showing a crane sitting alongside the derelict restaurant saying that work had been “temporarily paused” on the $190 million green bridge to “help the state government”.

The latest council update on the long-awaited bridge project stated marine works had been set to commence from March 14, ahead of major works slated to begin in April. The Kangaroo Point bridge is expected to be complete by late 2023.

Announced in 2019, funding of the $550 million program to create five new active and public transport bridges for the inner-city across five-to-ten years, has also emerged as a political flashpoint between the Liberal National Party council administration and Labor state government.

And while the river was reopening to some recreation from Saturday, Mr Bailey said in a statement that strict conditions would remain while unusual currents and patches of debris remained.

Anyone onboard a vessel will be required to wear a lifejacket and boaters have been told to avoid high-risk activities such as water-skiing.

The Morning Edition newsletter is your guide to the day’s most important and interesting stories, analysis and insights. Sign up here.