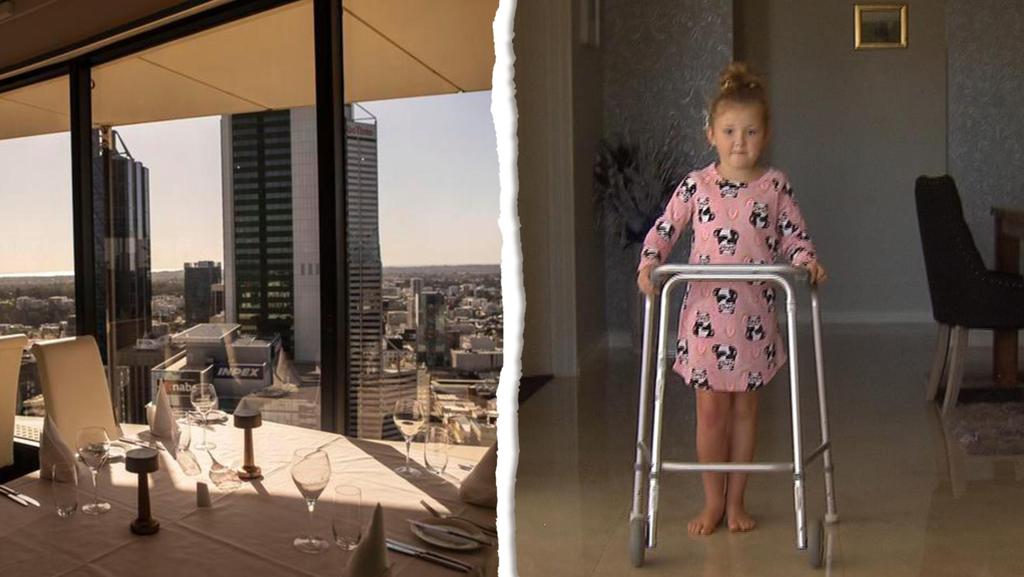 An eight-year-old girl has been badly injured after she was crushed by a moving pillar at Perth’s revolving restaurant.

Daisy was out with her family at C Restaurant when she was trapped, the horrifying incident putting her in hospital with gashes and bruises on her legs and abdomen.

Her mother Ashley told 7NEWS she thought she was going to watch her daughter die.

“She was in there and all I could see was blood,” she said.

Doctors told Daisy’s family she was lucky to be alive. Just a few millimetres and her cuts would have been deep enough to sever an artery.

C Restaurant has been in operation for more than 20 years and boasts spectacular views of the city and the Swan River, treating diners to a full 360 degree rotation over 90 minutes.

On its website the luxury restaurant does warn parents of the hazards of their open kitchen, revolving floor, steps and stairways.

The restaurant declined to comment, but confirmed the matter had been referred to its insurer.