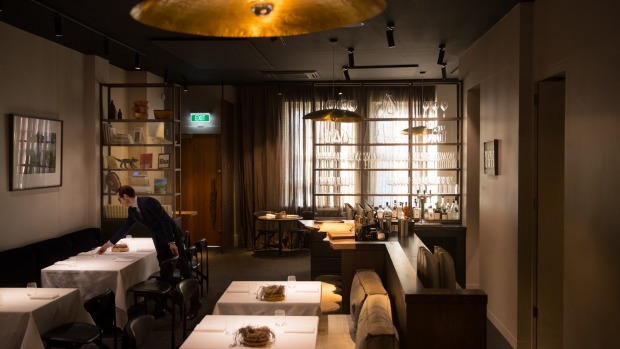 Melbourne fine dining landmark Attica has fallen out of the prestigious World’s 50 Best Restaurants list, while fellow Victorian eatery Brae has also had a significant drop in ranking.

Chef Ben Shewry’s Ripponlea restaurant was named the 20th best in the world in 2018, but fell to No.84 on the list in 2019 after restaurants ranked 51-120 were released overnight.

“I’ve known about it for months,” Shewry told Good Food. “I am totally fine, totally tranquil about it.

“I have felt like this for several years actually, it’s not a new feeling. I don’t put a heap of weight on it either, personally, because it’s just a list of people’s opinions. While I have always been grateful to be a part of it, it has never been what’s defined our business or what we do here.

“We don’t feel that way because you have got to be a pretty ungrateful sort of a person to think ‘poor me’ when you’re still included in a list that only 120 restaurants in the world can be in.”

I am totally fine, totally tranquil about it.

Shewry said the drop would not spark any significant introspection or review at Attica.

“The main reason for any drop, and I understand it as well because I have been both a recipient and a voter, is how many [voters and judges] travel to Australia. Have there been a lot of voters travelling to Australia or have there not been?

“We have never marketed or played any games trying to improve our position on the list. Wherever it falls we will accept.

“Life is much more than accolades or fame … I have always been grateful to be included but it doesn’t give any meaning to our lives.”

The annual list is based on a poll of more than 1000 restaurant critics, chefs, restaurateurs and restaurant industry experts.

The restaurants ranked 50-1 will be announced at an event in Singapore on Tuesday, June 25.

The only other Australian restaurant named overnight was Victoria’s Brae, which dropped from No.58 in 2018 to No.101 this year.

Based in Birregurra about one-and-a-half hours’ drive from Melbourne, chef Dan Hunter first took Brae into the top 50 in 2017 when the restaurant was ranked No.44.

Also on the list was Australian chef Dave Pynt. His “modern Australian barbecue” restaurant in Singapore, Burnt Ends, was ranked 59th in the world after placing tenth in the Asia’s 50 Best list in March.

Brae’s 2017 debut on the list and Attica’s equal third best result (No.32) came as the awards were hosted in Melbourne at a gala event at Carlton’s Royal Exhibition Building.