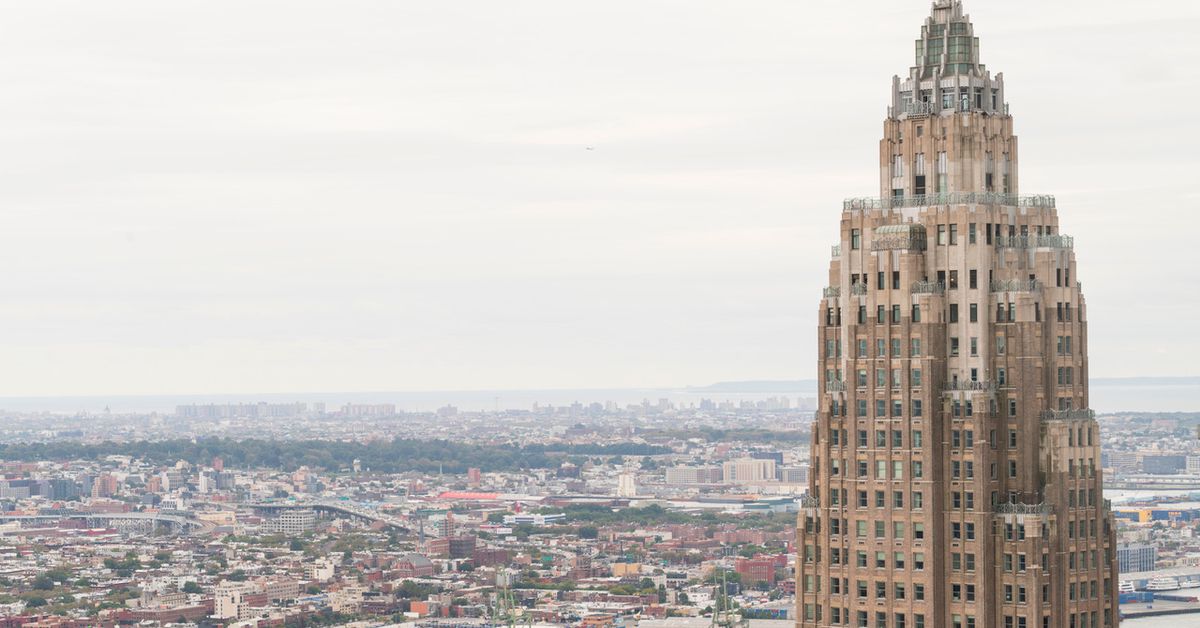 When considering Saga, the anticipated new fine dining restaurant on the 63rd floor of a historic Art Deco building, diners will likely first recognize the owners’ resume. Executive chef James Kent and general manager Jeff Katz are often categorized by the high-pressure fine dining world that they came from: Kent worked for years at chef Daniel Humm and restaurateur Will Guidara’s wildly successful Eleven Madison Park, before the pair split, and Katz spent over a decade at Michelin-starred Del Posto, formerly run by Mario Batali.

But despite the name recognition of these spots, Kent and Katz want to separate themselves from the places where they worked for the majority of their careers. The goal in their own organization is comfort and accessibility, not a restaurant where people have plan budgets for months and stake out reservations well in advance. Where Kent’s previous employers like Jean-Georges had dress codes, he wants none; where stately classical music might be played, Katz opts for a vibey playlist in the dining room featuring artists like Childish Gambino.

It’s an ethos that drove their first project, Crown Shy, the critically-acclaimed casual FiDi restaurant that was awarded a Michelin star last fall. But the bigger test will come in May with the debut of their fine dining restaurant Saga, a tasting menu spot in the same building at 70 Pine Street.

Where Crown Shy would never advertise foie gras or caviar on the menu, Kent says, Saga will be the place for the team to experiment with more expensive ingredients and techniques. It’s also the higher end option of the two restaurants. The meal won’t cost as much as Eleven Madison Park, where eating in the dining room starts at $335 per person, they say, but it’s still a special-occasion spot — it won’t be one of the trendy, sub-$100 tasting menus popping up around the city.

Still, they’re hoping that diners won’t see Saga in the same category as their past employers. The pair imagines a six- to seven-course, seasonal tasting menu that is executed with less rigidity than the kitchens where they came from. At Saga, the chef-knows-all attitude of longer-running tasting menus will be eschewed in favor of a meal with some communal items and more choices. Other parts of the meal could be served outside on terraces during good weather.

“We’re trying to decide: What are the rules that we’re willing to break to make the meal feel a little bit more of our generation?” Katz says. “Not so much of what we’ve basically been trained to do.”

But the difference is most evident in the space: Each of the four floors of the restaurant, located in the spire of the 970-foot-high skyscraper of the building, spills out onto open-air terraces. There are 12 in total, across all four levels. On the 63rd floor, the intimate, 56-seat dining room is split by a central service bar and has three separate terraces and a solarium, which fits an additional 10 seats around a single table with wall-to-wall views of the city.

Above the restaurant sits a 24-seat cocktail bar dubbed Overstory, with a wraparound terrace that can fit up to 40 people. Drinks will come from Jonathan Lind, the current bar director at Crown Shy, and Harrison Ginsberg, Crown Shy’s bar manager who formerly spent time at recently-shuttered BlackTail and the Dead Rabbit. Cocktails will be simple, Katz says. “We want this to be a fun room,” he says. “It’s not going to be a lab. It’s going to be vibey and sexy.”

Below the restaurant sits a private events space that can hold up to 50 people, and above the bar, there’s a windowed observatory that features six terraces and was designated by the city as an interior landmark in 2011. Diners will be able to access that, too.

In the same way that Kent and Katz are rethinking how they want diners to experience a tasting menu, they also emphasize that, behind the scenes, this will not be a kitchen like those of their predecessors — one of whom, Jean-Georges Vongerichten, made headlines last week for recounting a time in which he broke an employee’s nose when the person wouldn’t work through their scheduled break. Vongerichten initially expressed no remorse, before sending out an apologetic statement after the backlash. Katz’s former boss Batali, of course, was pushed out of his restaurants after allegations of sexual misconduct.

Keeping their staff happy, Katz and Kent say, is the only way to make their ambitious new project work. Employees from Crown Shy will be leading the kitchen and the dining room upstairs, too. “Consistency is the hardest thing in restaurants,” Katz says. “And if you don’t keep your team, you’re not making things better. You’re just staying alive.”

While Saga might be the only restaurant in the city that launches this year with the ability to let diners crawl around the spire of a skyscraper for a night, it is not alone in ushering in more accessible, interactive takes on the tasting menu. Critically-acclaimed Korean restaurant Atomix pairs explanatory menu cards with each of its 10 courses to gently guide diners through the meal. At Gem, the Lower East Side restaurant from former teen chef Flynn McGarry, the experience is modeled after a dinner party, with customers moving to different rooms over the course of the evening. Affordable, well-executed omakases are now sprinkled throughout the city.

Diners are increasingly open to more experiential, less uptight tasting menus, and Kent and Katz are eager to show what that looks like for their customers.

“We’ve been asking ourselves, what does the next ten years look like in New York City, with this genre of restaurant,” Kent says. “We want to be the people who push and challenge ourselves to see what’s next in this type of arena.”