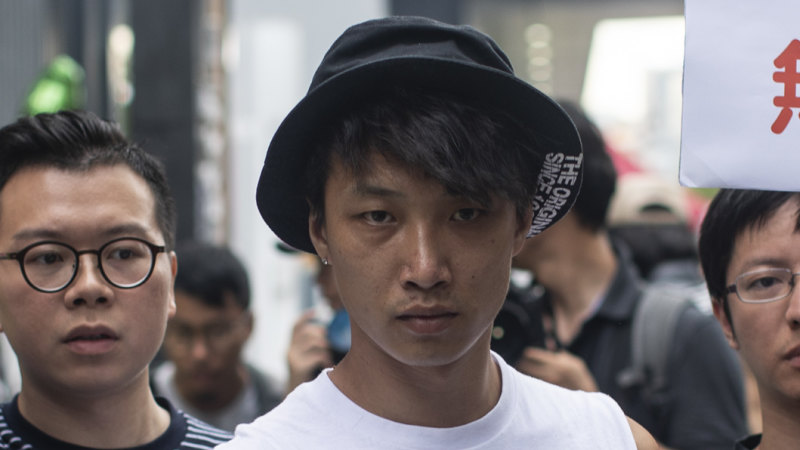 Sham told The Stand News the attacked occurred at 12.50pm. He reported the incident to police, he said, and restaurant staff had also called for police assistance during the attack. Sham had earlier in the day been surrounded by pro-Beijing protesters who had massed outside the office of a LGBTI group in the suburb of Jordan.

The pro-Beijing protesters had intended to picket the Civil Human Rights Front but went to the wrong address. Sham, who is gay, went to the protest site to clarify that the LGBTI group had no connection with the democracy group.

The restaurant attack occurred in the same suburb. Jason Ng, convenor of the Hong Kong Progressive Lawyers Group, wrote on Twitter: “Putting a hit on dissidents has become commonplace in HK.”

A second attack by four men with poles was made on another march organiser, Max Chung, later the same day. Mr Chung had organised smaller protests and was attacked as he was being interviewed by a journalist.

For the first time, Hong Kong police on Thursday rejected a request by the Civil Human Rights Front to hold a mass rally on Saturday.

Past marches organised by the Civil Human Rights Front have been peaceful, unlike smaller protests organised by different groups. But police said the use of petrol bombs by protesters last weekend had raised concerns that Saturday’s protest could also turn violent, and they refused to issue a letter of no objection for the event.

The march was to have started in Central on Hong Kong Island and ended near the Chinese central government’s liaison office. A fortnight ago 1.7 million people marched across Hong Kong after the last Civil Human Rights Front rally in a mass act of civil disobedience. The rally in Victoria Park had been authorised but not the march.

Police on Thursday warned that anyone who attends the planned Saturday rally could be arrested.

“If you take part in the already forbidden public assembly … you might be imprisoned for a maximum of five years,” said a police spokesman.

The Civil Human Rights Front is appealing the decision.

Kirsty Needham is China Correspondent for The Sydney Morning Herald and The Age.