After falling into a late-night YouTube wormhole last year, Adam Bray entered into the addictive world of mushrooms. His business Westside Mushies now supplies an array of quality produce to Adelaide’s most loved and respected restaurants.

Late one night in May last year, after being stood down from his job due to coronavirus restrictions, Adam Bray sat on his couch and fell into an endless stream of mushroom-growing videos.

“I ended up in this weird YouTube spiral somehow, people growing mushrooms in an office building in Ireland,” he laughs.

Adam had no background in farming, hated gardening, and while he appreciated good food, he was “more parmi, to tell you the truth”. Something about mushroom farming appealed to him, though.

“I was really good at biology at school, but I didn’t really apply myself at school very well,” he says.

“That’s what I found interesting about mushrooms, because you see those time-lapses where it grows. It’s nuts. So yeah, I got a bit obsessed by it.”

By the time he’d extricated himself from the YouTube wormhole (sometime around 4am), he’d purchased three textbooks and his first mushroom-growing kit. This is the origin story of Westside Mushies. 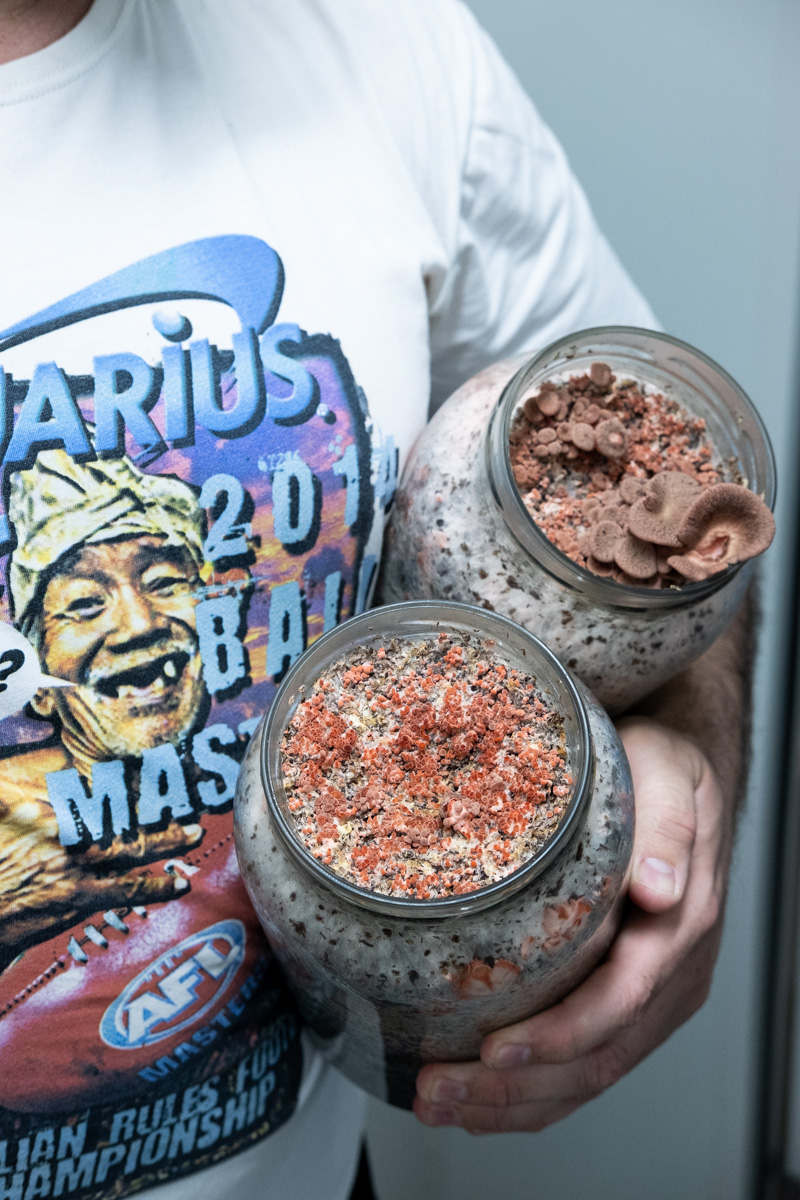 Adam runs Westside Mushies out of his dad’s shed, which he’s sealed and converted into a mushroom farm. He has around 15 restaurants he counts as regular clientele, and another five or so who approach him for produce every so often.

Jackson Bennett, head chef at Bloom, who introduced CityMag to Adam, says the appeal of Westside Mushies is twofold: firstly, the quality of the produce, and secondly, the business’ scale.

“It’s the freshness that it comes down to. [He’ll] cut them, get them in the car and run them in,” Jackson says.

“I think people try [Westside Mushies] and it’s almost like an awakening for people, because it was like, ‘Oh, this is what mushrooms are.’ Because that stuff you get at the shops, and from suppliers, is three, four weeks old sometimes, you know?

“And for me, it’s the… fact [Adam’s] doing it in such a small scale – urban, in Woodville Park, so close to the city, so fresh, and on a pretty decent scale for such a small space. That just aligns with my values as well, and what I’m trying to do.”

“I had a few chefs say that they just stopped doing mushroom dishes because either some people were staunch against imported stuff, or some people knew it was not the way [mushrooms were] supposed to be, so they stopped having mushrooms on the menu. After hearing that a few times, I could see it myself,” Adam says. 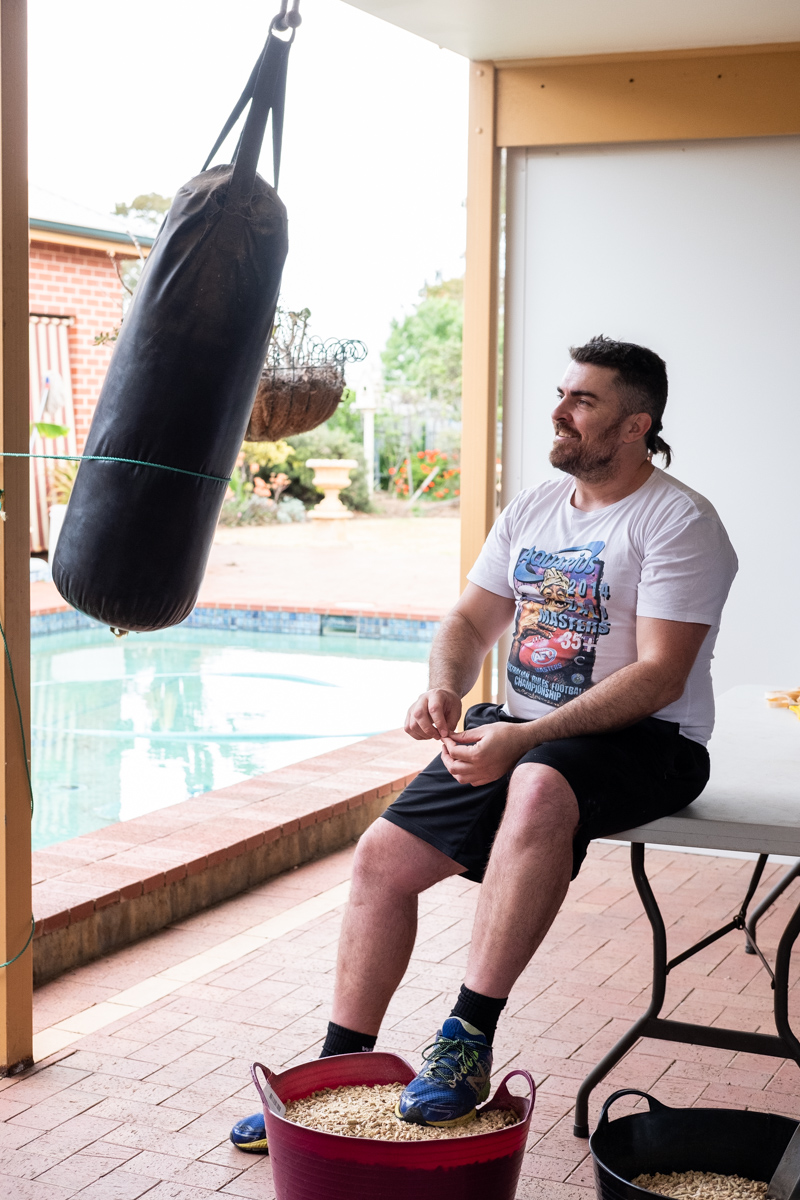 The grower hopes to eventually whittle down the number of varieties he keeps to five or six, but due to his own excitement, and that of the chefs he’s working with, he often gets carried away.

We ask for what he’d harvested over the last week, and he quickly rattles off a wish list for any fungi gourmand.

Adam was humble in his first interactions with chefs; he says the girls from Gang Gang “sympathy bought” one of his earliest harvests. But, through these interactions, he was quickly alerted to the value and rarity of what he was producing.

“I think the first ever sample I dropped off was to Duane [Tilka] at Acacia, at Henley. I saw his reaction. I could tell that he was like, ‘Oh shit, these are good.’ They were just plain white oysters,” Adam recalls.

“That happened a couple of times, like when I was dropping off these samples to these people I’d never met before. They were obviously not lying to me.

“I didn’t think I would be as busy as I have been, but the interest has been pretty crazy, since day one. If I could grow twice as many, I’d sell them.” 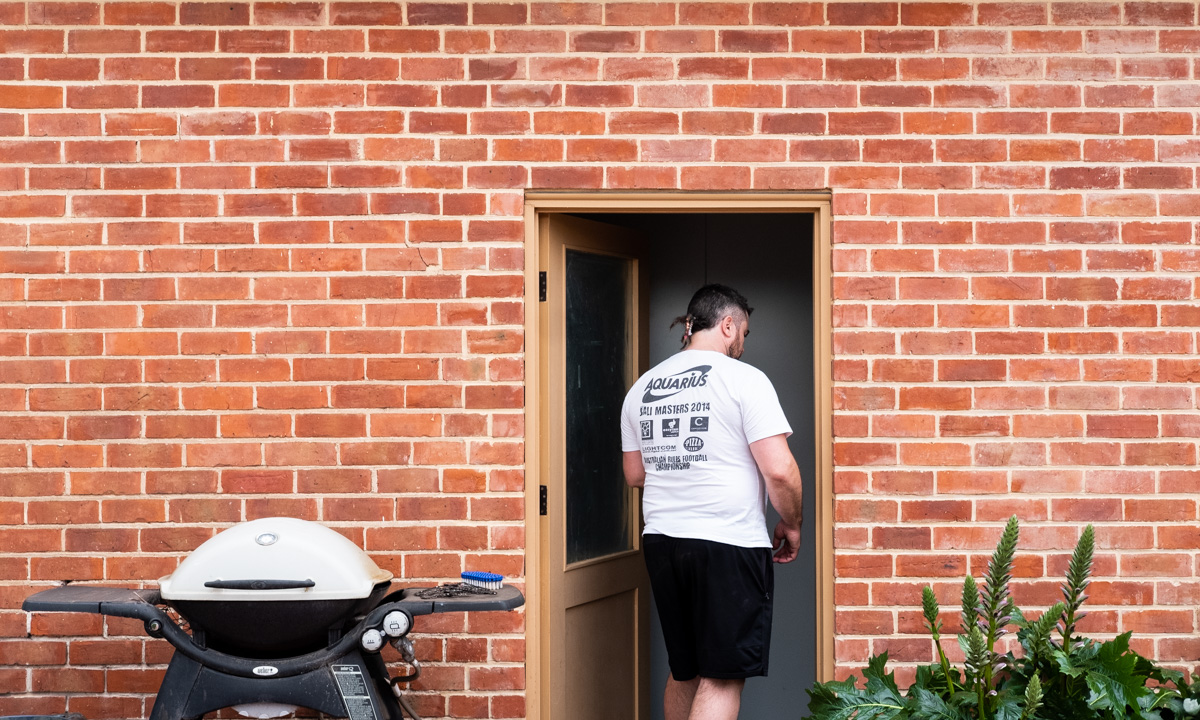 Into the mushroom lair

The path to supplying some of Adelaide’s most-loved and respected restaurants was not without its bumps – early on Adam accidentally infected his girlfriend’s house with mushroom spores – but now that the quality of his produce is established, he’s working towards refining his processes and Westside Mushies’ offering.

He’s also looking into expansion, as his current production facility is now at capacity.

“There’s not firm plans, but I’ve been keeping an eye on warehouse spaces, people with land that they’re not using,” he says.

“There’s a bit of a gap between what I can do here and being able to afford to fit out a whole new place.”

In the meantime, he’s working alongside chefs like Jackson who have an interest in closing the gap between growing and cooking, setting up on their land as “a stepping stone to my own place,” he says.

To see on which Adelaide plates Westside Mushies will be appearing in the coming weeks, follow the business on Instagram. 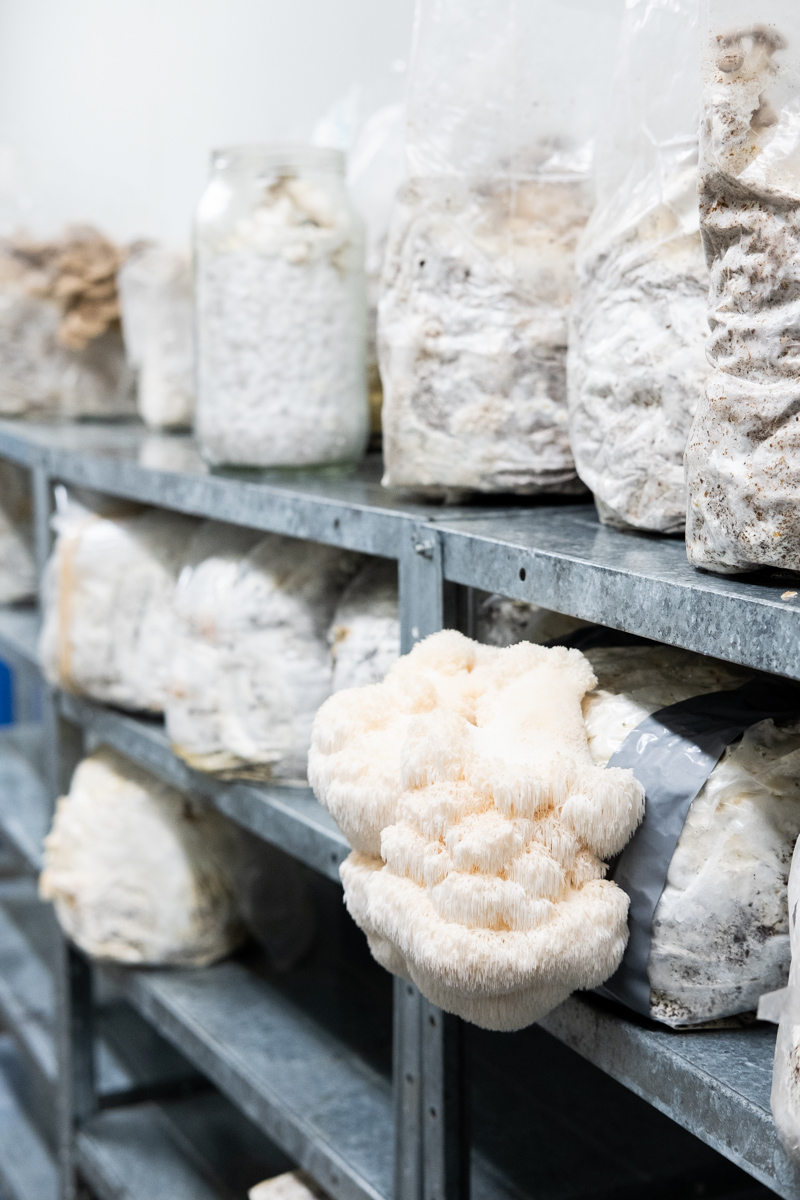