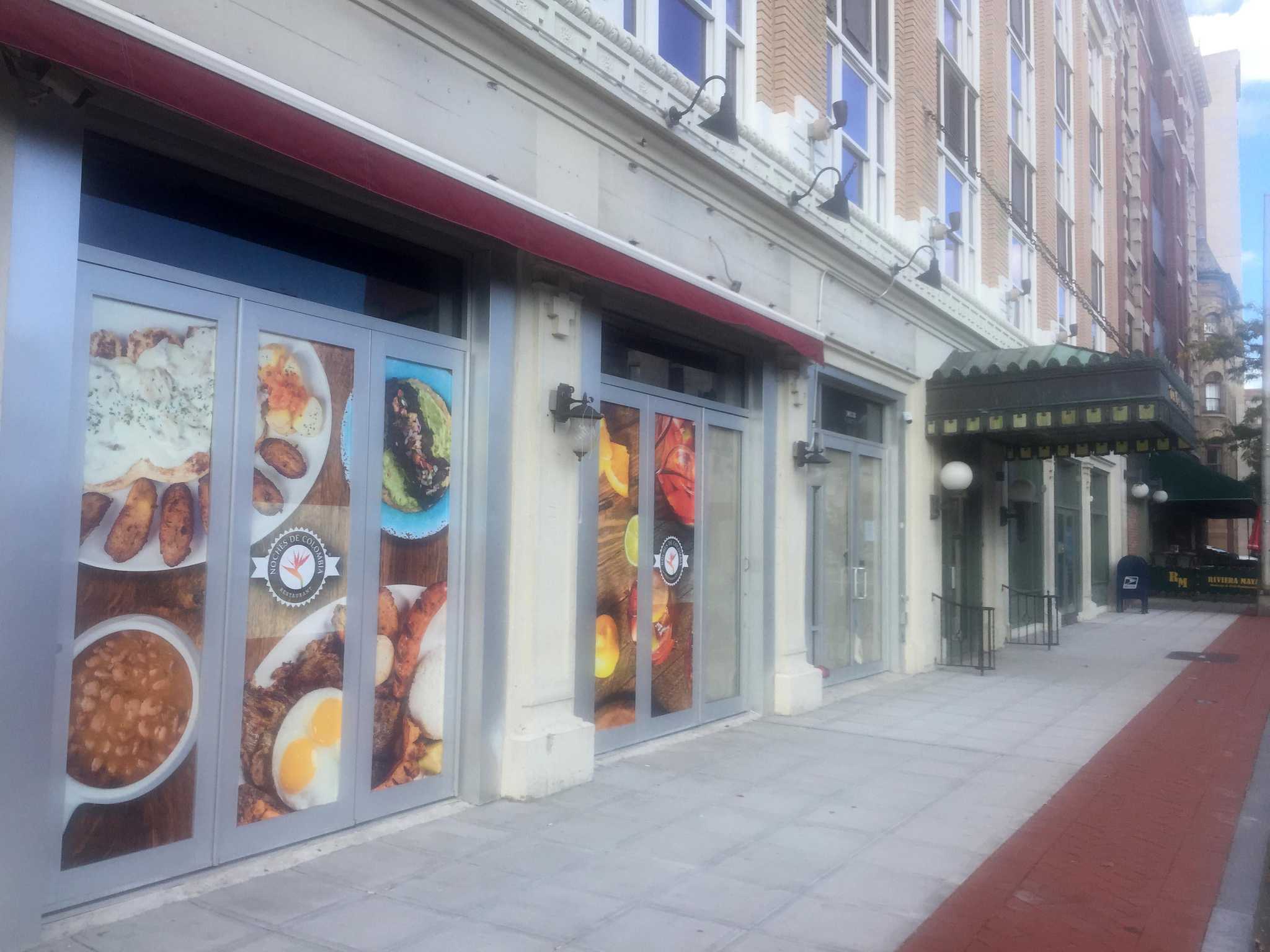 STAMFORD — A Colombian restaurant has been lined up to fill a downtown storefront that has been vacant for more than a year and a half.

In the front windows of 84 W. Park Place, signs with a colorful array of dishes advertise the “coming soon” of Noches de Colombia. The posting does not give any further details about the establishment, which would operate next to Gaucho Boteco and replace the Latin-fusion restaurant Aguapanelas, which closed in early 2018 after operating for a few months.

“I think the more businesses that open, the better it is for the overall health of the downtown,” said Michael Marchetti, owner of the neighboring Columbus Park Trattoria, at 205 Main St.

Among other upcoming arrivals, a Cajun-themed seafood restaurant is planned across the street, at 261 Main St.

The restaurant row around Columbus Park has seen a number of other changes in the past two years.

Greek restaurant Kouzina opened in May, taking over the space of the former Bobby V’s Sports Gallery Café, which closed in April 2017.

A storefront adjacent to Kouzina is set to welcome Pokemoto, an area chain specializing in Hawaiian-style diced raw fish. Pokemoto would fill the part of the old Bobby V’s restaurant not taken by Kouzina.

At 245 Main, Teena’s Apizza closed last November, after only five months in business. It was replaced earlier this year by another pizzeria, Piezano’s.

Among other arrivals in the past year, Indian restaurant Adyar Ananda Bhavan debuted last December at 1033 Washington Blvd. It succeeded an Italian restaurant, Aria.

“Overall, I think business is good — foot traffic in the neighborhood has definitely increased,” Marchetti said. “And it’s certainly nice to see many of the storefronts occupied and sidewalk cafes filled on these beautiful September evenings.”