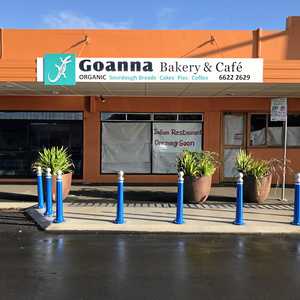 IT SEEMS we simply can’t get enough of Indian cuisine as a new restaurant looks to open on the site of a former bakery on one of the busiest streets in town.

In the window of the beloved Goanna Bakery & Cafe at 171 Keen St, Lismore, which suddenly closed down last month, is a sign stating ‘Indian restaurant opening soon’.

According to development application before Lismore City Council, a company named Indian Spice Fusion Pty Ltd is behind the new business.

The cost of their works to convert the property into a restaurant is listed as $50,000.

The DA was submitted on May 29, with council proposing a site visit to the Keen St premises around June 20.

Indian food is popular in the 2480 postcode with at least three other restaurants serving this cuisine.

Despite the paper covering the glass windows and door from passers-by, people have been spotted peering in, hoping for a glimpse of what’s to come.