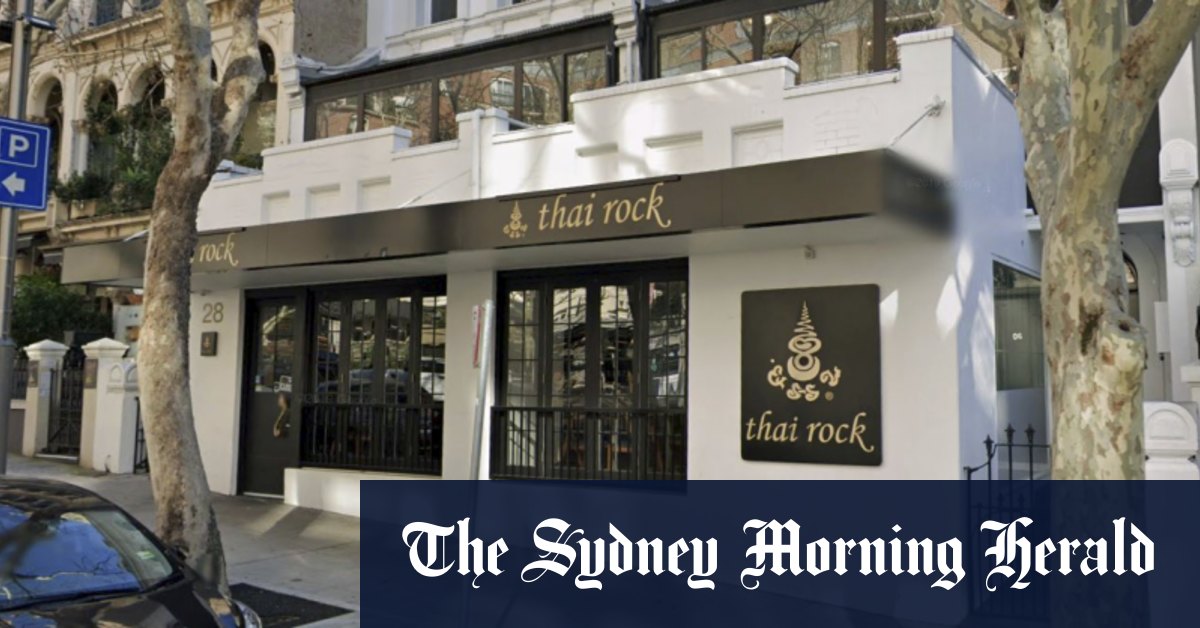 The Thai Rock outbreak, has now been linked to 67 cases, after spreading to its Potts Point restaurant after a staff member at the inner city venue tested positive.

NSW Health issued a directive for anyone who visited Thai Rock in Potts Point for two hours or more between July 15 and July 25 to be immediately tested and self-isolate for 14 days since they were last there, regardless of symptoms.

“But investigations to date have not identified links between cases at the two sites,” a statement from NSW Health said.

NSW Health said a couple with a positive result on Saturday attended restaurants while infectious. Those restaurants were An Restaurant Bankstown on July 23 from 9-11am, and Tan Viet Noodle House (AKA Crispy Chicken Noodle House) Cabramatta on July 22, from 1-2pm.

Anyone who attended either of the restaurants at those times should monitor for symptoms and immediately isolate and be tested if symptoms appear, NSW Health said.

Meanwhile, the NSW outbreak linked to the Thai Rock restaurant in western Sydney continues to grow, with almost half of the 14 new cases reported on Sunday linked to the venue.

Six of the new cases reported on Sunday were traced to the Thai Rock in Wetherill Park, while four attended funeral and church services.

But one NSW senior minister told the Herald the case numbers were still low and showed contact tracing was “incredibly effective” and the virus was not “getting away from us at the moment”.

The minister spoke on the condition of anonymity because there is concern from some within cabinet that mixed messages have been aired which were creating “unnecessary panic”.

“We have little if any community transmission, we know where these cases are from, so while everyone is still nervous, I would say I am quietly optimistic about NSW,” one minister said.

Another minister said focusing on numbers was not as important as knowing the source of the virus.

The minister also spoke anonymously in response to a report that a minister had identified 250 as the number of cases that would force tougher restrictions.

“There is no magic number, there never has been. It’s about being able to trace where the source came from,” the senior minister said.

NSW tightened restrictions on pubs, clubs, restaurants and cafes on Friday and the minister said it was unlikely any more changes would be introduced “at the moment”.

Rather, encouraging masks to be worn on public transport and by hospitality workers is more likely.

In Victoria, the deaths included seven men aged in their 40s to their 70s, while three women who died were aged in their 70s and 80s. Seven of those deaths were related to aged care outbreaks. There are 282 people in hospital, including 42 in intensive care.

There have been 8881 coronavirus cases in Victoria since the beginning of the pandemic.

Victorian Premier Daniel Andrews said: “There is no reason for anybody to think that because they are otherwise fit or because they are not in their 80s, then somehow they have essentially got a vaccine for this. They just don’t. Everybody is susceptible.”

NSW Health has warned anyone who attended funeral and church services in south-western Sydney are considered close contacts and must isolate, get tested regardless of symptoms and continue to self-isolate for 14 days even if the test is negative.

This includes all mourners at Ausia Funeral Services at Fairfield East on July 17 between 1pm and 8pm and those who attended a funeral at St Brendan’s Catholic Church Bankstown for one hour from 10am on July 18.

The other services are: July 16 at St Brendan’s Catholic Church Bankstown for one hour from 6.30pm; July 18 for a burial service at St John of God Lawn at Rookwood between 11.30-1pm; and July 19 at Our Lady of Mt Carmel in Mt Pritchard for one hour from 7.30am.

Two new cases reported on Sunday are from the Our Lady of Lebanon church, three are returned travellers and one is under investigation.

NSW Health says it is treating 99 people, including two in intensive care. One patient is ventilated, while another is on extracorporeal membrane oxygenation (ECMO).

The government is continuing to urge people to avoid non-essential travel and gatherings, particularly in venues such as hotels and restaurants, gyms and social gatherings.

There were no new cases from the Crossroads Hotel in Casula, with 56 from that cluster. But the Thai Rock outbreak has grown to 67.

National Deputy Chief Medical Officer Dr Nick Coatsworth said the numbers in Victoria were “not doubling on a week by week basis”.

“We have reached steady state for the moment. This reflects the effect of the initial restrictions. We are only two weeks from the stage three restrictions being brought in. Whilst we are deeply concerned, we are watching the numbers with interest,” Dr Coatsworth said.

Get our Coronavirus Update newsletter for the day’s crucial developments and the numbers you need to know. Sign up to The Sydney Morning Herald’s newsletter here and The Age’s here.

Alexandra Smith is the State Political Editor of The Sydney Morning Herald.