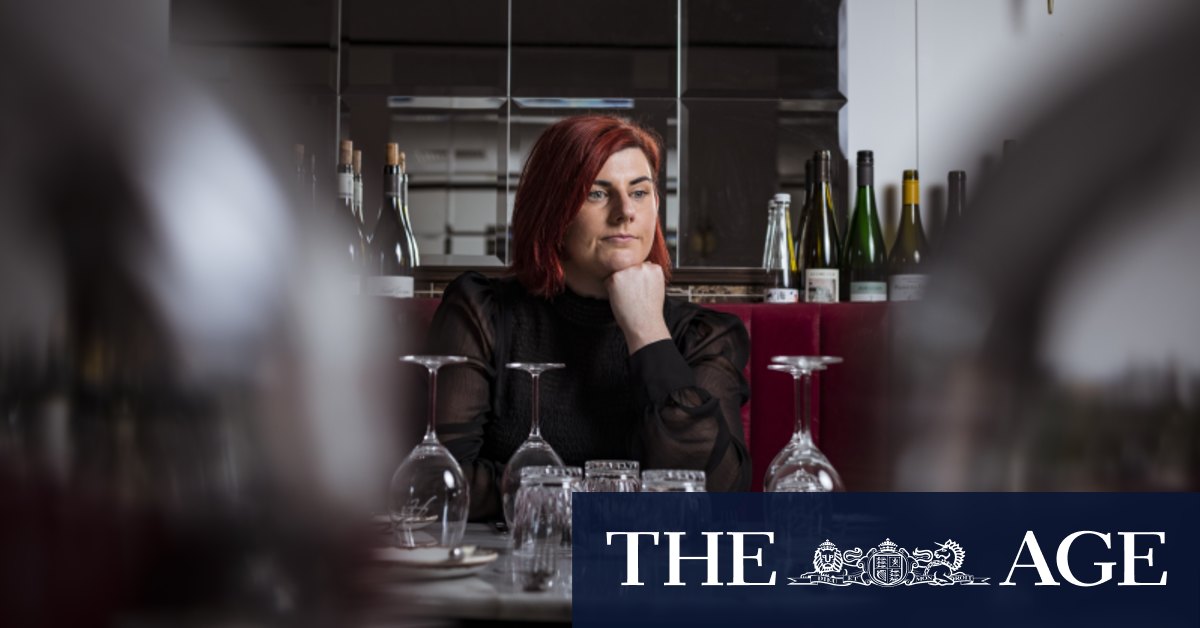 It was a similar story across Victoria, with the snap five-day closure of hospitality venues, starting on Saturday, meaning some restaurants lost both Valentine’s Day and the lucrative Lunar New Year trade.

Ms Dyer said that, mostly due to lockdowns, Hemingway’s had been open just 10 weeks of its 10-month existence, “which is pretty crazy”.

She had been looking forward to what was set to be “our busiest weekend so far this year”.

Ms Dyer is in two minds about the lockdown, saying: “As a small business owner I think the timing is horrific,” but, “I think we need to nip [COVID-19] in the bud and get the cases under control.

“Unfortunately, it doesn’t choose its dates very well, when it wants to flare up.”

Arthur Georgiou, owner of South Yarra restaurant Caffe E Cucina, said he was angry at losing bookings for 340 people on Sunday and 280 on Saturday. He is disappointed for customers.

Valentine’s Day was to be the restaurant’s busiest day, especially this year because it fell on a Sunday.

Mr Georgiou said that even with takeaways offered, Saturday’s income was down about 95 per cent on a normal day and he expected Sunday’s to be down even more. The restaurant would have to throw out about 12 lobsters, which cost about $150 each, and also fruit and vegetables.

Raymond Cheung, manager of Red Emperor Chinese restaurant in Southbank, estimated the business lost 5 per cent of its annual takings by being closed at Lunar New Year.

Usually on such a weekend, the venue would be “completely booked out” with 450 guests per day.

One positive was that it was open last Thursday, New Year’s Eve, before the lockdown started, and Lunar New Year celebrations go for up to 15 days, so he hoped it would have a strong run after lockdown is over this Thursday.

John Chan, general manager of Golden Dragon Palace, a Chinese restaurant in Lower Templestowe, said the venue had lost about $70,000 in sales across Saturday and Sunday.

Mr Chan said during future lockdowns, the restaurant might have to close completely and not offer takeaway, as it may not be viable.

“We take this one as an experience to see if we can survive or not,” he said.

Our Morning Edition newsletter is a curated guide to the most important and interesting stories, analysis and insights. Sign up here.

Carolyn Webb is a reporter for The Age.