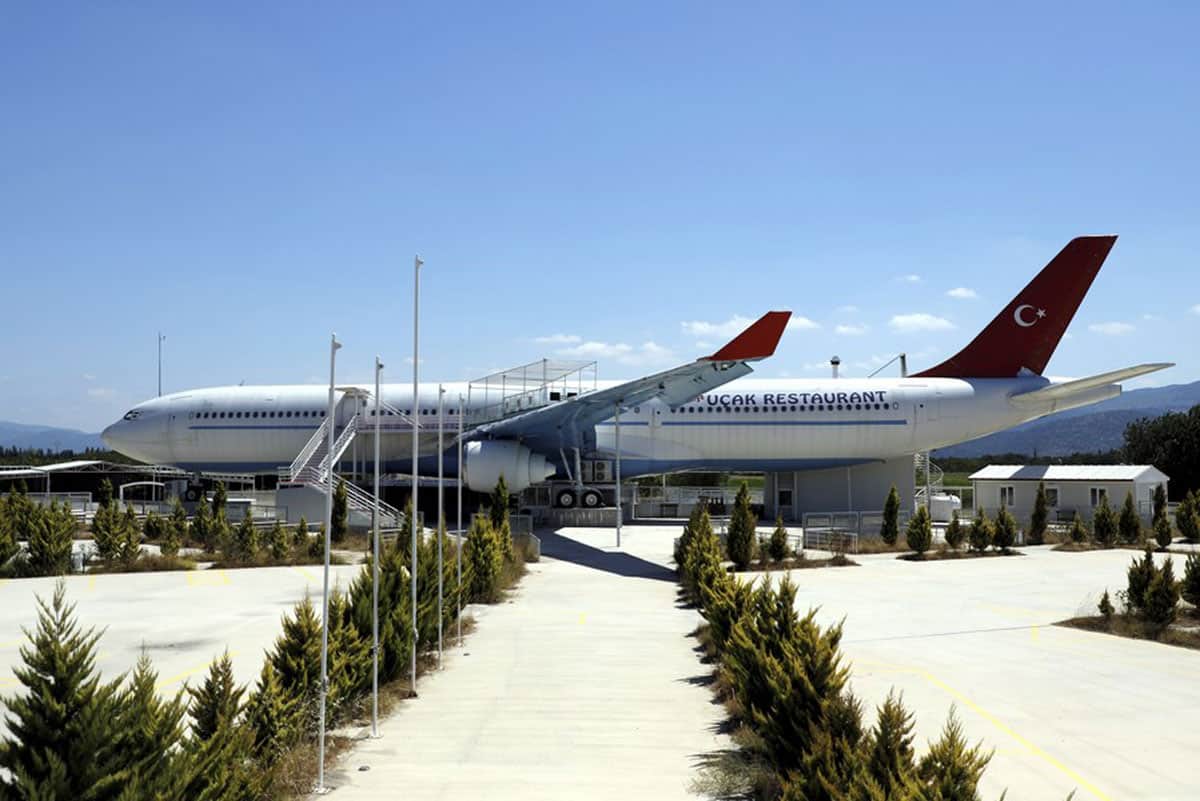 There aren’t many Airbus A340s left in the world. The four-engine jet saw its heydey in the ’90s and 2000s and is now on its way out as airlines switch to cheaper-to-run twin-engines.

While some carriers still have a couple of A340s in their fleet (think: Air Madagascar, Edelweiss Air) the jet is now being seen more in reconstructed form than airborne. Enter: one of Turkey’s largest restaurants, which also happens to be inside a retired Airbus A340.

China Global Television Network (CGTN) recently reported that the converted Balikesir restaurant is currently on sale for US $1.4 million.

Turkey’s largest restaurant, transformed from an old Airbus, has been put on sale for 10 million Turkish liras or 1.4 million U.S. dollars, a real estate agent told Xinhua on Tuesday. pic.twitter.com/tOAirSEJRv

The aircraft, a wide body iteration of the A340, had belonged to Turkish Airlines, and had been broken into eight pieces after being retired four years ago.

Simple Flying reports, “The segments were then transported to Burhaniye district, the northwestern province of Balikesir, Turkey [where] the old Airbus reincarnated into a lush restaurant.”

Initial reports suggest the Turkish businessman that had put in US $1.5 million to convert the aircraft into the restaurant is now facing health problems and, as such, has put it up for sale.

The restaurant has hosted various ceremonies (from weddings to special occasion dinners) and, in many ways, has become a symbol of the Balikesir region.