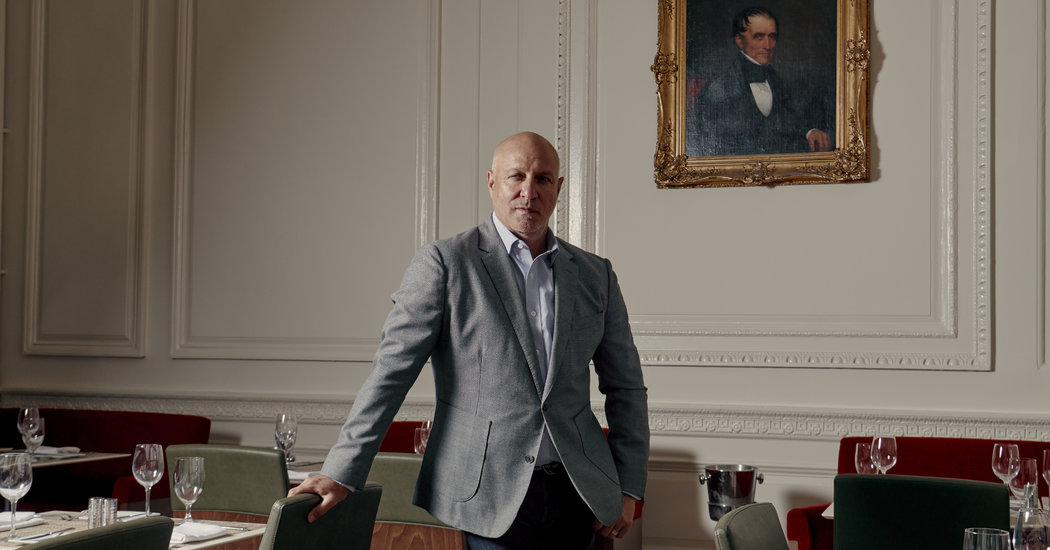 What does it take for a restaurant company to move from behind-the-scenes to center stage? A few big-name chefs.

With that in mind, Restaurant Associates, a firm that has been creating and managing restaurants and corporate dining rooms in New York and beyond since the 1950s, has recently started ramping up its culinary profile.

Well-known chefs are already lending their names and expertise as consultants to the kitchens the company runs: John Fraser has been at the Metropolitan Museum of Art for several months; several weeks ago, Tom Colicchio started creating menus and training the staff at the Morgan Library and Museum.

David Burke is running the restaurant Mojito at the U.S. Open tennis tournament, which begins Aug. 26; and José Andrés has devised the menu for Butterfly, a tacos and tortas stand at the Open. Dominique Ansel, best known as a pastry chef, will expand his repertoire at a location yet to be decided.

Restaurant Associates, based in New York City, is among the country’s largest operators of museum cafes. (It runs the cafeteria in The New York Times Building.) It also runs L’Avenue, the Parisian transplant in the Saks Fifth Avenue flagship store, where the pastry chef Pierre Hermé is designing the desserts, and it collaborated with Tiffany & Co. to create the chic Blue Box Café, which has a daily waiting list of about 2,000 names.

This lineup is making the company more than a management firm that simply prints the menus and sees to table settings.

It’s also a return to form. In its early decades, Restaurant Associates was known as a major innovative force in New York’s dining scene. The restaurateur Joe Baum created highly regarded theme restaurants for the company, like the original Four Seasons, La Fonda del Sol, Brasserie, the Forum of the Twelve Caesars and Tropica, all of which provided cachet to office buildings, a trend still followed by real estate developers. The company started and ran the Zum Zum wurst bars and revived Mamma Leone’s, a tourist magnet.

Mr. Baum was named head of the specialty restaurant division, and in 1963 became the company’s president; he tapped James Beard to be a consultant, especially for the American menu at the Four Seasons.

By the 1980s a number of its restaurants remained in business, and it was running catered events and the dining rooms in museums, cultural centers, offices and sporting arenas. For the public, however, its name had lost its luster.

Restaurant Associates is valued at $950 million, and since 1998 has been a member of the Compass Group, a global food service company, but it is now aiming higher. It wants to turn its restaurants into destinations, like they were in the past, not just convenient places for a bite before a concert or after an hour of Rembrandt.

The chef Ed Brown, who was named as president for restaurants in 2017, has a mission to place greater emphasis on the quality of the food. “We’re building strong relationships with the chefs,” he said. “We’re treating them like partners.” Mr. Brown was once the executive chef at the Sea Grill in Rockefeller Center, a restaurant originally created and run by Restaurant Associates.

“Over the years we lost chefs to other companies, and they’re coming back now that they see we have a culture of chefs and culinary excellence,” said Dick Cattani, the chief executive.

Mr. Colicchio said he agreed to work with the Morgan Library’s cafe and dining room, which Restaurant Associates runs, because he had done some consulting work for the firm on food waste.

Next on the agenda are a club on the 89th floor of the One World Trade Center tower; a Korean restaurant and event space in New York’s meatpacking district; a renovated Café on 3 at the Guggenheim Museum; a restaurant in the new Gilder Center for Science, Education and Innovation at the American Museum of Natural History; and a restaurant and bar in a new visitor center at Longwood Gardens in Pennsylvania.

There will be chefs involved, names you know.