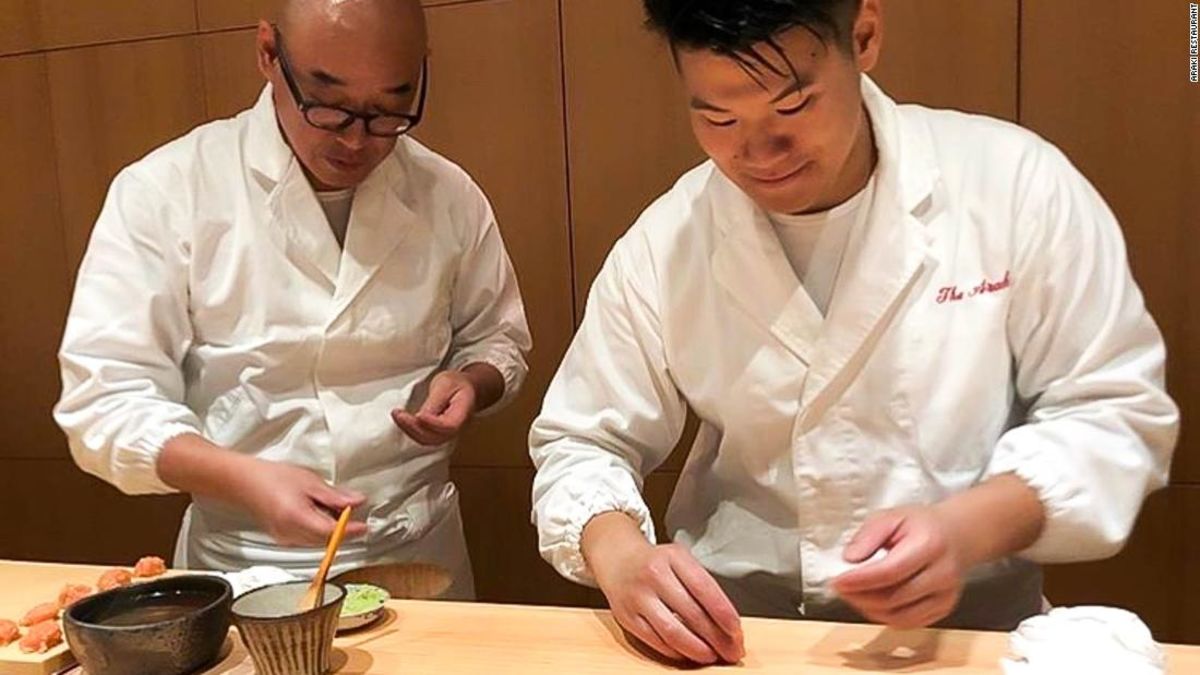 (CNN) — It was perhaps the biggest shock of this year’s annual Michelin star ratings. The Araki, a sushi restaurant in London’s Mayfair, had been stripped of all three of its Michelin stars.

The restaurant — one of London’s smallest, seating just 10 people at the chef’s counter, plus up to six in a private room for regular guests — was opened in 2014 by Mitsuhiro Araki. It is one of the hottest tickets in the city for those who can afford the £310 ($388) per head cost for its omakase (tasting menu).

Araki — who had previously owned a three-star restaurant in Tokyo, and won his first star in London within a year of opening the restaurant — had moved to Hong Kong in March 2019 to open another restaurant.

He was replaced by his protégé Marty Lau, who has worked with him since 2015 and was described as “phenomenally capable” by GQ magazine earlier this year.

‘Fair judgment and a fresh start’

Lau told CNN that it was “a shame” to have been deleted from the 2020 guide. “But we take it as a fair judgment and a fresh start following the departure of our master Mitsuhiro Araki,” he said.

“We believed it placed Michelin in a difficult position to make a decision on how to score The Araki, as the master was here during half of the inspection period for 2020’s guide.”

The restaurant has not asked Michelin for an explanation, he said. “It’s their guide, and we’re in total respect of how they want to do it. I’m taking it on the chin and getting on with proving myself.

“Lots of chefs are devastated when they lose stars, but you’ll get nowhere with that attitude. You have to dust yourself off and try again.”

He added that plenty of regular customers are still coming, and said, “As important as Michelin is, we will always put the guests who come to The Araki above all else. At the end of the day, they will be the ones to judge us and decide our fate.

“What we hope the public understands that Master Araki has left the sushi-ya to the team that has followed him since the beginning. He is resolute in taking this situation as a great opportunity for us to earn our own accolades in our own light and not in his shadow.

Lau joined the restaurant shortly after it opened, and told CNN that today, “everything is done in the style of how he taught me.

“When he arrived in London he had to get used to new ingredients so there was a constant evolution for him, and we were part of that journey. All that ethos has been transferred to us. We’re grateful for all the supportive messages our regular guests have sent us and we will continue to keep doing our best.”

The Araki isn’t the only London restaurant to be dropped from the guide. Also in London, Galvin at Windows, inside the Hilton Park Lane, lost its single star, as did Benares, an Indian restaurant in Mayfair. Five restaurants in the UK have been awarded three stars for the 2020 guide.

A spokesperson for Michelin did not respond to a request for comment.