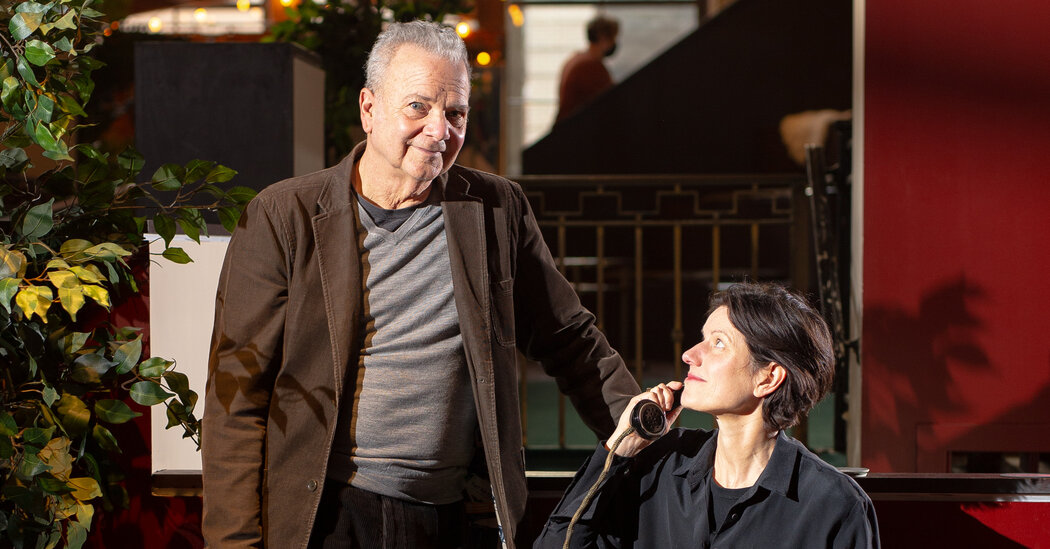 Harley Esposito, 30, was surprised when she couldn’t find a phone number for Hotel Greene, a mini-golf, bar and restaurant space near her home in Richmond, Va. After going to Hotel Greene for a work event, she needed a copy of her receipt. Looking through Hotel Greene’s website, she saw a small note: “We do not have a phone line.”

“I Googled them and didn’t see a phone number listed, and I was like: Oh, that’s weird,” she said. “I was just surprised by it more than anything, because I’ve never seen it before. I was like: How do they expect people to get in touch with them?”

Like Hotel Greene, restaurants around the country are pulling the plug on their phone lines. Channeling all communication through emails, direct messages on social media and reservations apps might frustrate diners and deter those who are technology averse, but restaurants are finding that communicating this way frees up time for front-of-house employees, is more efficient for restaurant administrators and gives flexibility to restaurants operating with a small team or through Covid-related staffing shortages.

In their first month of business in the summer of 2019, Hotel Greene would get a stream of calls to the front desk asking about the wait for a table. Mr. Gottier said that a host offering people wait times in advance can be fruitless since the waits can change quickly in real time.

“It was just this constant barrage,” said Jim Gottier, 67, the co-owner of Hotel Greene, adding, “to pay someone $15 an hour, or whatever, to do that is just outrageous.”

This approach is not universally appreciated, however. In December, for instance, Hotel Greene received an email from a frustrated potential customer who complained about being unable to play mini-golf because of the wait time.

“Another option would be to have a phone to call ahead. Instead I wasted 25 minutes to drive there and $3 to park to be turned away by someone who frankly didn’t seem to even feel bad about their decision,” the email said.

“People get so angry,” Mr. Gottier said. “You wouldn’t believe it.”

For some restaurants, the decision to forgo the phone is an easy one. The co-owners of the vegan Singaporean restaurant Lion Dance Cafe in Oakland, Calif., have never liked talking on the phone. After hosting pop-ups around the Bay Area for about a decade, C-Y Chia, 32, and Shane Stanbridge, 32, opened Lion Dance Cafe in September 2020, and for months they were the only employees.

“Since we were running around shopping and making all the food, it felt like also having to deal with picking up the phone would just be too much of a hindrance,” Mx. Chia said. “It wasn’t even a big decision for us. It was just an obvious call.”

To reach Lion Dance Cafe, people send emails or direct messages to its Instagram account, even though this can be discouraging for older potential customers, Mx. Chia said.

At Ugly Baby, a Thai restaurant in Carroll Gardens, Brooklyn, nearly all of the customers are millennials or younger, said Sirichai Sreparplarn, 52, the chef and a co-owner of the restaurant. You have to be on Instagram to reserve a table, see the menu or communicate with the restaurant. Mr. Sreparplarn said this system makes it easier for the small staff and keeps the restaurant low-key.

“We just want to be a hole-in-the-wall restaurant,” he said. “I personally think websites are not for 2021, anyway. We don’t need a website, and this is my opinion. I would take the IG as a website where we can interact with our own clients right away, wherever you are, with much more information. We can do it really quickly.”

Gregory Ryan, 39, owns and operates two restaurants in California’s Santa Barbara County: Bell’s and Bar Le Côte. Neither of the restaurants has a phone line, a decision Mr. Ryan said was made because they have small teams. People reach Mr. Ryan and the restaurants through email and Instagram direct messages, which he said “are a good way to be able to connect and speak with people in very, very quick ways.” After being in the restaurant business for 15 years, Mr. Ryan said about 80 percent of phone calls are “typically a waste of time.”

“That’s not anyone’s fault,” he said. “I’m sure it’s annoying for folks. We try not to be. What is better for my business is my day-to-day mental health and my staff’s mental health — for me, it’s not answering the phone.”

Mr. Ryan said that even when the restaurant could afford to hire someone to answer the phone, it still did not make sense for the efficiency of the business. Focusing on the guests inside the restaurant, especially in a pandemic, is more important, Mr. Ryan said.

“I think post-Covid, there is such a focus and a concern on the guests that are in the dining room, and trying to make sure that they feel like they are being taken care of and engaged with, and it is something that you’ll continue to see more and more,” Mr. Ryan said.

His no-phone philosophy has spread to at least two other restaurants in California. Charlotte Lansbury, 29, does administrative work for Horses, a Los Angeles restaurant that opened in October. After eating at Bell’s and getting to know Mr. Ryan, Ms. Lansbury said she brought the idea of no phones to her former workplace, Gigi’s, another Hollywood restaurant. When she started working at Horses last fall, Ms. Lansbury said she wrote a “long, strongly worded” email to the owners and management explaining why Horses also should not have a phone. They agreed.

“It’s just a waste,” she said. “I’m glad that other restaurants are doing it, too, to spare their poor hosts and hostesses from having to deal with people on the phone saying, ‘I’m just running late.’ It’s definitely controversial, but from a restaurant perspective it’s the best.”

Ms. Lansbury said she manages the restaurant’s email and Instagram during service in case any messages come in from people who may be late for their reservation or have other questions.

Still, there are plenty of restaurants that see the value in having a phone and a dedicated reservationist. Lisa Blount, 56, who does marketing and public relations for Antoine’s Restaurant in New Orleans, said having a phone line is “really important,” even though it is not the only way diners are making reservations these days.

“If I can get my customer on the phone and talk to them, there’s nothing better,” she said. “As much as I love OpenTable and that it’s helping us get online reservations, it doesn’t replace that phone call.”

Available staff members at Antoine’s have had to take turns answering phone calls when the reservationist was sick with Covid-19. Ms. Blount said it has been especially helpful during the pandemic to talk to people on the phone, and explain safety precautions and the dining setup.

“I think the world right now has missed this human touch,” she said. “We’ve dehumanized everything.”

Communicating with restaurants through email, text and direct messages can be more convenient for some customers as well, including Tricia Dado, 22, who lives in Vancouver, British Columbia, and works as a merchandiser at a furniture store. A day before New Year’s Eve, she posted on Twitter: “wdym i have to call the restaurants?? pls no i’d rather cook all day for nye than make phone calls.” She ended her tweet with a smiling face with tear emoji.

“Personally, I find it very convenient to just go on my phone and order food to be delivered or to make reservations on a website,” she said. “I also think that digital communication would benefit the restaurants on their end, as they would get orders online, instead of a person taking phone orders one at a time, which can be exhausting.”

Ms. Esposito — who was slightly inconvenienced by having to wait three days for an email response from Hotel Greene — still was understanding about the choice.

“One of my first thoughts was how lucky for those employees that they don’t have to worry about answering the phone during their shift,” she said. “I know how much time that can take away from doing your job when you work in a restaurant, and especially if it’s a busy night and the phone is ringing off the hook. That can really take the time away from the folks who are already there and trying to enjoy themselves.”