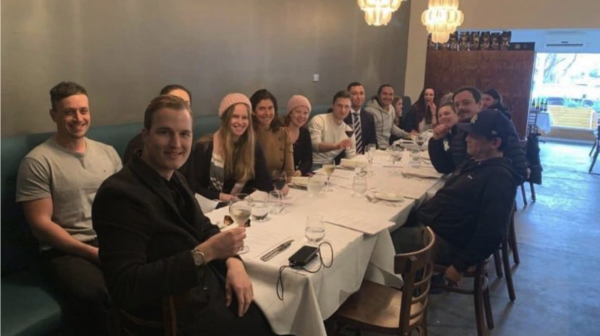 A popular Seddon restaurant has been accused of hosting anti-lockdown protestors for a meal on Saturday afternoon.

Moda Kitchen and Bar allegedly hosted more than a dozen protestors on Saturday after a protest of Melbourne’s seven day “circuit breaker” lockdown.

Police said they responded to reports of a group of people not wearing masks, but found no one inside the venue about 4.30pm.

A photograph of attendees was posted to encrypted communication app Telegram with the caption “Moda restaurant in Seddon. Getting on with business. Great hanging out with fellow freedom fighters.”

The allegations have been met with mixed reactions on social media.

“Everyone [has] the right to be angry,” one post stated.

“The fact that they have tried to deny that it happened is even worse.”

Another, in defence of the business, stated: “As if they haven’t gone through enough. Have a heart.”

Several comments called for a boycott of the restaurant.