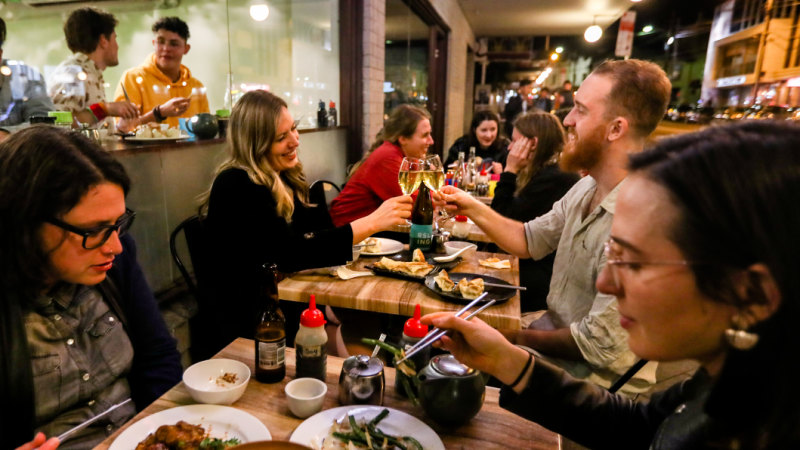 Where fine diners have largely been able to stay above the fray, those in the middle are caught in a bind – raise prices too fast and lose customers, or cut costs; invest an uncomfortable amount to keep up with the latest trend, or risk being irrelevant; sacrifice a slice of profit to Uber Eats, or go without business.

Those in the industry say the biggest shift in the past five or 10 years, and the biggest burden for restaurateurs to bear, has been the increased cost of labour. Or, more bluntly, the rise in paying employees the correct wages. Where in the past staff salaries may have comprised a third of a business’s costs, now they routinely amount to 45 per cent to a half.

For a long time, underpayment was the business model. Unpaid overtime was expected, and for generations emerging chefs and those who wanted to get ahead in the industry would put in extra hours to gain skills, know-how and, perhaps, opportunities. This was rife for exploitation and in some cases was twisted into an insidious business model which has no place in the modern workforce. The Sun-Herald makes no apologies for its role in exposing these practices in stories about Neil Perry’s Rockpool Empire, along with accusations against Heston Blumenthal, Shannon Bennett and Guillaume Brahimi, or covering the scandal surrounding George Calombaris’ MADE Establishment.

The higher costs must be borne by someone. It would be crass to say we all, as customers, have to think about putting our money where our mouths are, but for businesses to pay their staff an honest wage they must be profitable.

As with any complicated problem, there will not be a simple solution. More businesses will go bust, more employees will work unpaid overtime, more disruptive technology will emerge to challenge the industry.

But equally, there will be more ambitious and talented people who will rise with new techniques, new flavours and new business ideas. There won’t be one saviour, but hopefully the future of Sydney’s restaurant scene will be something to savour.