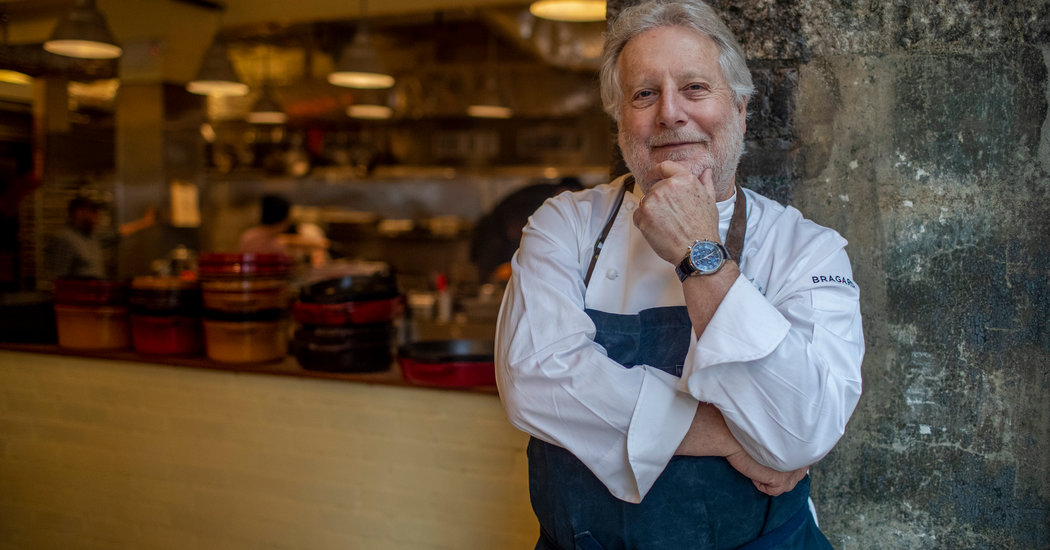 It looked like the typical New York restaurant — that is, real estate — story. In May, the chef Jonathan Waxman’s restaurant Barbuto closed after nearly 16 years as a treasured fixture of the West Village. The quirky building had been sold, and the landlord wanted the space for a different use.

Barbuto, Italian for bearded and a reference to Mr. Waxman’s own facial hair, was a neighborhood hangout that drew an artsy celebrity crowd thanks in large part to the chef’s marquee prestige, and his cooking, which filtered Italy through a California lens.

“Barbuto worked because the food was as great as the restaurant’s owner,” said Keith McNally, the owner of several restaurants including Pastis, a block north of Barbuto, and itself a re-creation of an earlier restaurant. “The hardest thing popular restaurants face when they’re built a second time is their former popularity. I believe Pastis has succeeded so far because I wanted to make it similar, but not identical, to the original Pastis.”

Barbuto’s former spot on Washington Street, a no-frills industrial space, had an open kitchen fueled with roaring fires, furnished with bare tables and, along one side, garage doors that opened to the street in good weather. That Mr. Waxman could find a new space that is fairly similar and close by, on Horatio Street, is surprising.

Whether the new Barbuto will repeat the success of the old remains to be seen. Mr. Waxman’s attempt to recreate Jams, his dazzling first New York restaurant — a collaboration with Melvyn Master from 1984 to 1989 on the Upper East Side — has not gone so well. The new Jams opened in a hotel on 58th Street and Avenue of the Americas in 2015; a review by the New York Times critic Pete Wells gave it no stars and called it a “zombie Jams” — “stiff in the joints and short on joie de vivre.” (The building that housed the original Jams is now to be renovated.)

Other reboots of beloved restaurants, like the Four Seasons, have failed. Then again, there are plenty of recent examples of successful transplants: Danny Meyer’s Union Square Cafe, Hakan Swahn’s Aquavit, Jean Denoyer’s La Goulue and, in Los Angeles, Wolfgang Puck’s Spago. But none of these were able to turn around at the warp speed of Barbuto.

The new space is larger than the old, permitting a longer stretch of bar, though for now, the number of seats, 74, remains the same. The open kitchen with an impressive pizza oven and space for tables has been replicated. Floor-to-ceiling windows wrap two sides of the room overlooking West Street and the Hudson River. There are no garage doors to roll open, but there is an outdoor terrace.

The menu is essentially a reprise, anchored by dishes like chicken dappled with a green sauce; a salad with anchovies tucked in its shadows; gnocchi à la minute and other al dente pastas. Mr. Waxman will add soups, and more desserts, as Heather Miller, the pastry chef at Jams, is moving to Barbuto.

All but one of his employees have remained, he said. “Having these people here gives me a lot of confidence. They’re my security blanket.”