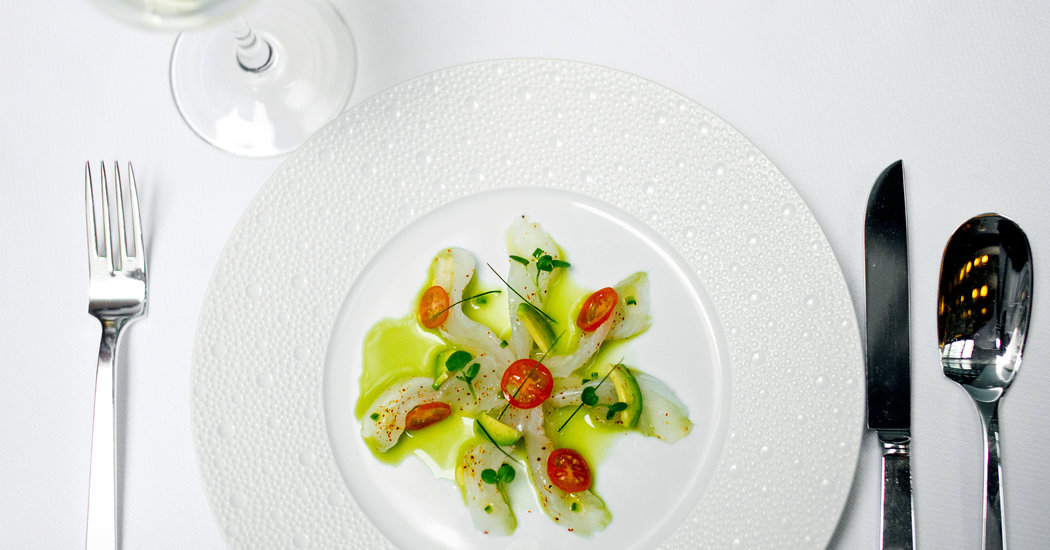 After Pete Wells took Sushi Nakazawa to three stars from four in his latest review, only three restaurants in New York City have a four-star rating from the restaurant critics of The New York Times.

The Flatiron district restaurant was first given four stars in 2009 by the Times critic Frank Bruni. And it retained them after Danny Meyer sold Eleven Madison Park two years later to its chef, Daniel Humm, and the restaurateur Will Guidara.

“The restaurant tries as hard as any I know to bring delight to the table with every course,” Pete Wells wrote in a 2015 review. “It succeeds so often that only the most determinedly grumpy souls could resist.”

Not long after Jean-Georges Vongerichten opened his flagship on Columbus Circle in 1997, Ruth Reichl gave it four stars. Mr. Wells went back in 2014 and found that the chef continued to innovate there.

“Jean-Georges glides like a Mercedes sedan, but Mr. Vongerichten takes the curves like a Formula One driver,” Mr. Wells wrote in his review. “Consider the squab dish that just popped up on the menu. It comes on like jerk chicken, coated in a blackened rub, and while the seasonings are Middle Eastern, the searing heat is almost Jamaican. And here comes the creative leap that separates Mr. Vongerichten from other spice-peddlers: a hot sauce has been splashed around this charred squab, and it is made from flowers. A bright-orange blend of lime, fresh red chiles and peppery nasturtium petals, it makes the already fiery squab into what may be the spiciest dish ever served in a French restaurant.”

Mr. Wells last weighed in with a 2012 review. “Some of the thrills are the hushed kind, like the way black garlic, pomegranate and lime support the crisp skin and white flesh of sautéed black bass,” he wrote. “Others are scene-stealers, as when a white slab of steamed halibut is slowly surrounded by a crimson pool of beet sauce that, with crème fraîche stirred in, will turn the delirious pink of summer borscht.”

Seafood is the focus, though Mr. Ripert’s collaboration with Maguy Le Coze, his business partner and the restaurant’s original owner (and Mr. Le Coze’s sister), is a key to its success. Mr. Ripert refers to her as “the soul, the spirit and the boss of Le Bernardin.”