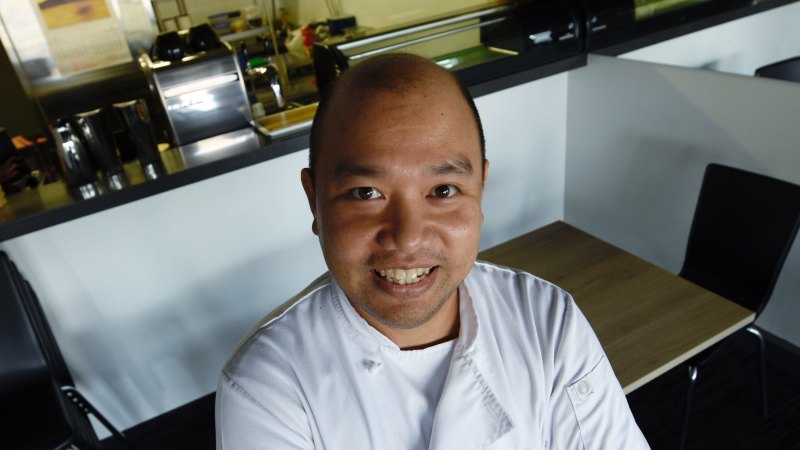 “It is only myself cooking, to expand I would need to find the right person to train who can work together with me,” Oo told us before he prepped another sell-out Japanese degustation at his venue.

A modest $75 gets customers a seven-course Omakase (chef’s selection), plus an appetiser, palate cleanser and BYO drinks; the same outlay at other exclusive Perth restaurants might yield two dishes at best, without the option to bring as much wine, beer or sake as you like.

Mr Oo is also hesitant to increase capacity as he can’t access enough of the high-quality produce he will only serve, such as 100 per cent grass-fed and finished Margaret River beef, Berkshire pork from the Wheatbelt and Wagin and his current favourite – yellowtail kingfish from Geraldton, which “has good fat content and is versatile, you can play with a lot of things”.

A qualified engineer, Moe and his wife Marie began their humble dining venture after the chef spent 13 years mastering multiple methods of Japanese cooking, including technique, preparation and styles, from Hokkaido to Osaka.

“I studied engineering and I didn’t like the office environment. I had always liked cooking, from a very young age,” Mr Oo said.

With difficulty sourcing his particular seafood at times, it’s no surprise he spares a thought for Perth’s eager lovers of Japanese cuisine, who not only wait up to three months for a taste of the action, but experience a rollercoaster of emotions to just secure their seat for one of the four nights Marumo opens weekly.

Bookings are only online and the window to secure a table for the next season is announced on the website that day before it sells, and it doesn’t take long … akin to a Ticketmaster concert frenzy.

But Chef Moe is fair with the process, wanting everyone to have a chance to savour the flavour.

Like the seven changing dishes served over three hours at Marumo, its reservations policy is delicate and detailed: “We would also like to advise that multiple reservations within the month made by the same person will only have the first 2 reservation dates considered. Based on past experience, this is to ensure that everyone gets a fair go at securing a booking.

“Our website can get very busy during the time of booking release due to overwhelming response. Please note that if you are unable to select a time on a specific date, this means that all tables are taken, or pending the completion of a booking as customers have 10 minutes to finalise this process. We do apologize for any inconvenience in advance.”

The novel approach to getting a seat for the degustation has not deterred the Perth food fraternity … Marumo is currently booked out until at least May, with the next release for seats in April.

* The word Marumo means “to have a relationship” when translated from Japanese. The first three and last two letters reflect restaurant owners Marie and Moe, while you can guess who the ‘u’ is for.

David writes about sports and lifestyle for WAtoday.