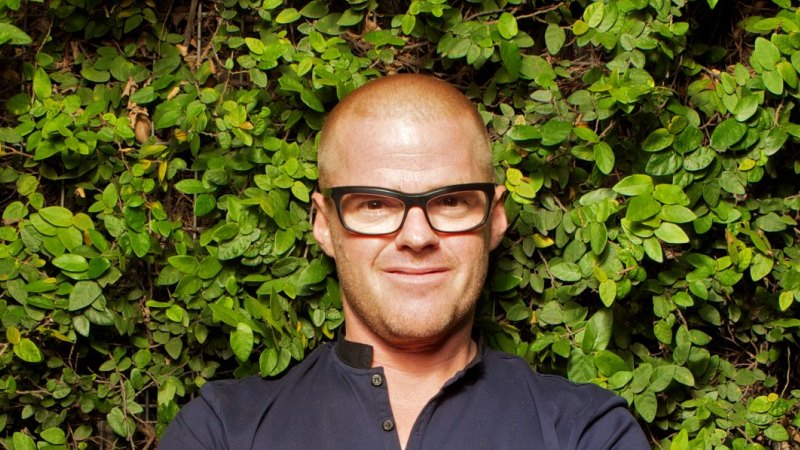 Crown also provided the business – one of its marquee tenants – with significant backing including interest-free loans. The daily takings of the restaurant were deposited into a Crown bank account and Crown charged Dinner by Heston rent of just $1 a year.

Crown also paid a multimillion-dollar licensing fee to Bacon and Egg Ice Cream Limited, a company related to Tipsy Cake. Tipsy Cake is based in the tax haven of Nevis and information about its ownership is hidden.

A Crown spokeswoman said in a statement that Tipsy Cake “was a tenant of Crown”, which was “responsible for its own operations and employed its own staff”.

“Tipsy Cake has asked the court to appoint a liquidator, on the basis that it is insolvent. In these circumstances, Crown has taken steps to bring the tenancy to an end. As the winding-up application is now before the court, Crown will not be making any further comment concerning the liquidator’s appointment,” the spokeswoman said.

On Friday Crown said it would “provide assistance to Tipsy Cake employees looking for employment within Crown”.

The wage underpayments were exposed in late 2018 by a Sunday Age investigation that also revealed the company behind the restaurant was set up in the notorious Caribbean tax haven.

Provisional liquidators BRI Ferrier say in the creditors’ report that the $4.47 million owed to workers at Dinner by Heston is “in reality” understated by an “unknown factor” because it was an ongoing process to calculate what they were owed. It covers the restaurant’s four years of operation and includes at least $4.044 million in historic underpayments and $435,000 in accrued entitlements related to the closing of the business.

United Workers Union national president Jo-anne Schofield said Crown had been complicit in the “shocking exploitation of workers on its premises”.

“Despite wage theft in the order of $4.5 million, Crown continued backing Dinner By Heston through a cosy joint venture that saw them pay rent of only $1 a year. Meanwhile, hospitality workers are owed up to $35,000, after working 80- to 90-hour weeks,” she said.

“We have requested that Crown repay all unpaid wages and entitlements owed to our members – and offer employment to these members, as well as sponsoring those who are on temporary visas.”

Tipsy Cake appointed provisional liquidators before Christmas. It came just days after it missed a deadline with the Fair Work Ombudsman to pay staff the millions it owed them.

Blumenthal, a regular on MasterChef in Australia, is famed for his “multi-sensory” cooking and unusual food pairings such as bacon and egg ice-cream. The Michelin-starred UK-based The Fat Duck, the eatery for which he is best known, was voted the world’s best restaurant in 2005.

Blumenthal is no longer a shareholder in the restaurants that bear his name but the companies that run them say he remains linked as chef patron and is “integral” to their operation.

In December 2018 a Sunday Age investigation revealed chefs at the Southbank eatery regularly worked 25 hours of unpaid overtime a week. That pushed pay down to as little as $15 to $17 an hour, well below the minimum rates of the award, the wages safety net.

The Fair Work Ombudsman launched an investigation soon after. The creditors report said it took until June 2019 – seven months after the story was published – for Dinner by Heston to comply with workplace law. Before Christmas Fair Work Ombudsman Sandra Parker said it was disappointing that Tipsy Cake had not resolved the underpayment issue before it went into provisional liquidation.

“Tipsy Cake was aware that a significant amount of wages and entitlements were owing to many workers who had been underpaid,” Ms Parker said.

The money owed to Dinner by Heston staff compares to the $7.8 million paid back by Made Establishment, George Calomabris’ much larger multi-venue restaurant business, and the estimated $10 million owed by the larger-still Rockpool Dining Group, which is fronted by Neil Perry.

A Federal Court hearing on Monday dealing with the provisional liquidation was held over until next week. Federal Court judge Justice David Yates said the next hearing would deal with further case management and “if appropriate” for the making of orders to wind up the company.

Do you know more? Contact us securely via Journotips

Ben Schneiders is an investigative journalist at The Age and has reported extensively on wage theft, corruption, business, politics and the labour movement. A three-time Walkley Award winner, he has been part of The Age’s investigative unit since 2015.

Royce Millar is an investigative journalist at The Age with a special interest in public policy and government decision-making.