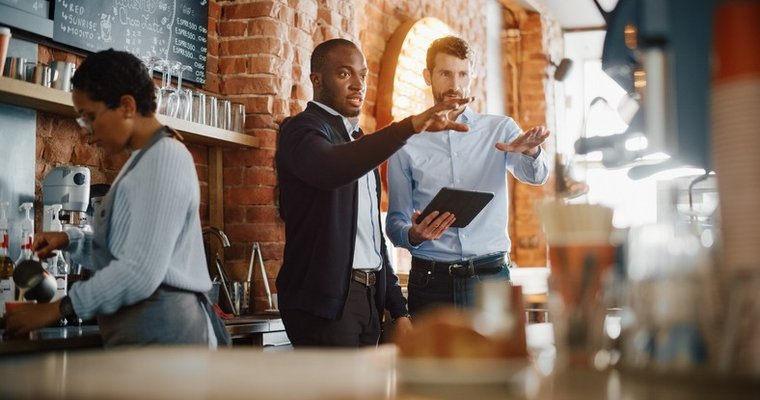 Matt Rolfe, an author, coach, speaker, and entrepreneur who mentors the top 10% of the hospitality industry, shares advice on finding and keeping talent.

After working with hundreds of restaurant leaders who are looking to level up their success, I’ve come to one inescapable conclusion: at the end of the day, success rarely comes down to the four walls of your restaurant, the chairs, glassware, paintings hanging on the wall, or even your menu. What truly takes your restaurant to the top is your people.

Think about it: your competitors can duplicate pretty much everything about your restaurant—the concept, the design, the menu. What they can’t recreate is your culture or staff. That’s the real differentiator between you and everyone else out there.

1. Identify and build your tribe
Success compounds and explodes when you attract the right people to your business — people who believe what you believe. Whether you’re opening your doors for the first time or adding people to your management team or seasonal staff, landing top talent is the goal. Clearly communicating your vision, your intention, and who you serve is the first key to building a strong team.
I had the opportunity to spend some time with Colin Moore. Colin, who was Starbucks Canada’s president at the time, was involved in Starbucks’ rapid growth phase — he added 600 stores in his short tenure.

He did that by being clear on what allowed Starbucks to scale successfully: their people. He knew exactly the right kind of person to work with their team. And those were people who not only wanted to work at Starbucks because of the benefits and coolness of the job but really believed in the experience that Starbucks was looking to deliver to its guests.
In short, find your tribe. Like Starbucks, be on the lookout for people who can deliver both your experience internally for your culture and the guest experience for those walking into the four walls of your restaurant.

2. Craft a winning job posting
Once you’ve identified the kind of person you’re looking for, it’s time to start taking steps to attract that top talent. And one way to attract the right people — hard-working people, who align with your company culture, and who will be your cheerleaders — to your team is to craft a compelling job posting.

When coaching clients, I often print five job descriptions with the titles removed: four from their competitors and one from their own business. Many owners are surprised when they can’t identify their own, or they select the wrong one. But the reality is, most ads say the same thing: great place to work, awesome team culture, flexible hours.

Along with being generic, most job ads focus on the employer’s wants and needs. If you’re doing that, stop! It’s not about you, and putting the focus on yourself in the job ad is a huge mistake! Instead, when you’re advertising job openings, I advise including the following:

I want you to keep in mind how crucial being candid is. Share with your candidates what growth looks like for existing stores or for potential units. Talk them through how, based on that growth, you’re looking to develop potential new leaders.

That will ensure your candidate is connected to your company’s beliefs and vision. It will also show them where they may be going in the future, because no A player wants to join a flat organization. You have to create this kind of trust and connection from the outset, even with potential employees. So, talk about what it means to work for your business, what type of support is expected from all levels (top, core, bottom), and what everyone is expected to deliver on a daily basis. Get everyone on the same page from the very first moment.

4. Interview effectively
Getting the interview process right is critical because staff turnover is one of the biggest expenses for any restaurant group. Just because it’s not measured on most P&Ls doesn’t mean it isn’t burning a hole in your pocket. In fact, studies estimate that it costs one to ten times a person’s annual salary to replace them.

So how do you interview effectively? I’m a big fan of multi-touch interviewing, especially when it comes to leader and manager positions. You should aim for a minimum of five contacts with a person before you make an offer. By contact, I mean touching base with them, either through calls or interviews.

I know that five contacts sounds like a lot, but I truly believe you don’t see a candidate clearly or have them show up in a comfortable way until further along in the interview process. You need time and space to ensure they’re a right fit. The last thing you want is to bring someone on board and then 6 months later find them unmotivated or disappointed in the job. I’ve met with many managers who were told one thing during the hiring process but then found the reality of their job to be the exact opposite. And guess what? Those are the people who end up leaving as soon as they can.

5. Celebrate hires from day one
Once you’ve found and hired talent, your work doesn’t end. Retaining them should be a daily focus. One key way to set the stage from day one is to make your employees’ first day special. Integrate them into the positivity of your culture right away!

At my business, we give every new hire a bottle of Dom Perignon. There will be balloons at their desk and cards from team members. A gift will be waiting for them, as well as a gift for their pet or their significant other. We recognize that it’s not just our hire who’s joined our team but their family too. We want to make sure the family feels welcomed and recognized — we’re grateful that they’ve all made the decision to be here.

We also celebrate our new hires’ first day with quality time. At our company, the senior leader who the new hire reports to spends the day with them. This leader is fully present — they’re taking the person through the process, giving them the attention they deserve.
It doesn’t stop there: In their first weeks, we make sure they have time scheduled in their workdays to read some of the core books we recommend. And when they achieve their first goal, we give them a gift. This gift could be champagne or tickets to the theater. Whatever it is, we want it to stand out so that when they open that bottle or sit in those front-row seats, they’re making a memory they’ll never forget.

You can find and keep the best people
As I’ve seen time and again, implementing these strategies is the best way to attract, retain, and develop the very best people. If you aren’t currently doing that, the reality is you’re likely attracting the wrong people, or you’re not investing enough in retaining the people that are right for you.

If you want to know why you’re losing people, the best way to find out is to ask them in an exit interview. Maybe they didn’t see the opportunity for their next position. Maybe their hours weren’t what they expected. Maybe the job ad that they applied to was fundamentally different from the job they were hired for. You’d be amazed at what we hear. Whatever it is, put your emotions to the side and listen. Exit interviews are how you learn to be better.

Remember, what takes your restaurant to greatness is your people. And that means once you’ve found the best people, hired them, and ensured they’re deployed in the right seats, you’ll be well on your way to achieving the kind of success you’ve always dreamed about.

Cowboy Chicken Recognized as a Top Restaurant Mover & Shaker for...