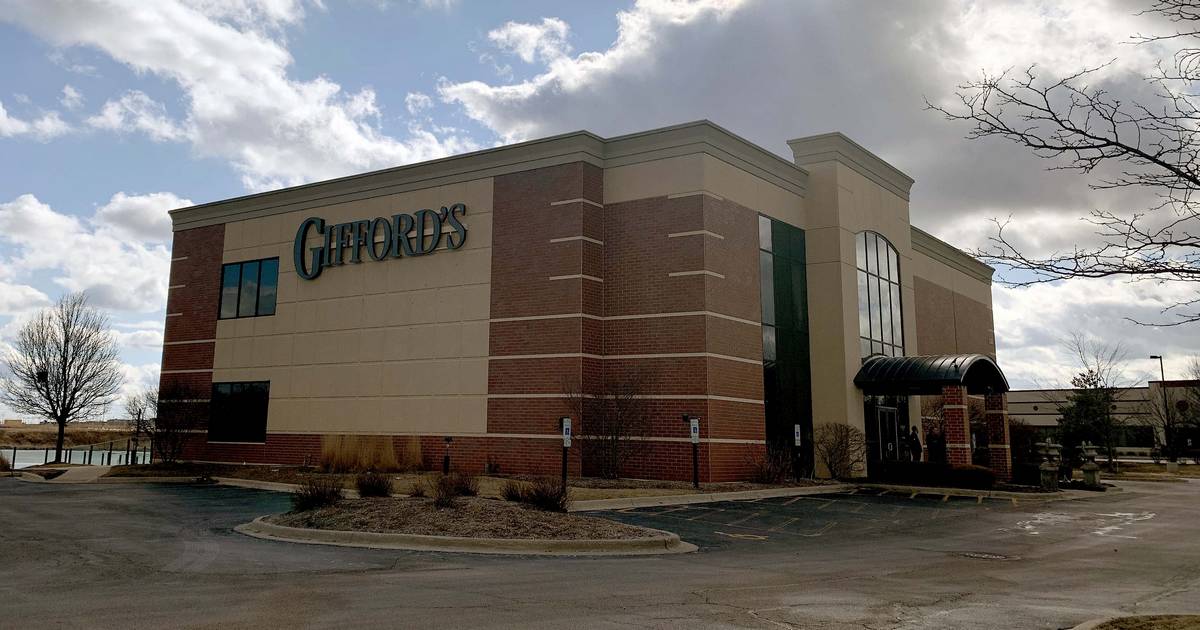 Gifford’s Kitchen & Social in Elgin closed abruptly this week, leaving in a lurch customers who booked parties, fundraisers and weddings.

A steady stream of unhappy people stopped by the restaurant at 2300 Bushwood Drive on Tuesday afternoon after news spread on social media. Among them were Andrew Scholwin and Stephanie Behe of South Elgin, who booked the restaurant about two months ago for their Aug. 28 wedding.

The couple paid a $1,500 deposit and on Friday received an email asking for another deposit of $3,500, which they hadn’t paid yet, Scholwin said. “I’m feeling like I’m probably not going to get my money back,” he said. “I think I am more angry that they took people’s money knowing that they were going to foreclose.”

Late Tuesday, multiple customers posted screencaps on Facebook of an email they received from Gifford’s saying those who had booked private events would be “contacted by a representative from Moretti’s Unique Events within 48 hours, who will assist you with arrangements for your event to be relocated at one of their five nearby locations.”

The email also said customers could contact their credit card company to return any charges incurred by making a deposit at Gifford’s.

Moretti’s did not return a request for comment Tuesday night.

Gifford’s opened in May 2018 when the building was owned by businessman Rich Turasky, who didn’t return requests for comment.

Turasky bought the building in 2016. Ownership of the property was transferred last year in a deed in lieu of foreclosure to Prescient Capital Partners, from which 2300 Bushwood LLC borrowed $4.6 million in 2017, Kane County records show. A Prescient representative declined to comment Tuesday.

An overdue tax bill of $62,373 for the property was sold in October to Longstreet Capital Funding, LLC, of Chicago, which could take ownership if there is no repayment by Nov. 1, 2021, said John Emerson, director of Kane County’s tax extension department.

The news of the Gifford’s closure spread after a Facebook post Tuesday morning by Crystal Lake resident Karli Cervantes, who had booked her April 4 bridal shower there.

Cervantes said she tried to contact the restaurant to finalize the menu and quickly realized it had closed without notice. Her bridal shower was booked about two months ago with a $500 deposit, she said.

“They completely vanished,” she said. “We have 70 invites and we have to call people to let them know. But I felt worse because of all of the people who said their actual weddings were canceled.”

One of her friends had scheduled a fundraiser for her son’s soccer team on Friday and sold $4,000 worth of tickets, Cervantes said. “They can’t get a hold of anybody. It’s crazy.”

The building was home to the Tilted Kilt restaurant until it closed in 2013. When Turasky opened Gifford’s nearly two years ago, he’d been battling a lawsuit filed by Steve Dattomo, who had wanted to open a different restaurant in the building. That lawsuit was dismissed in January 2019.