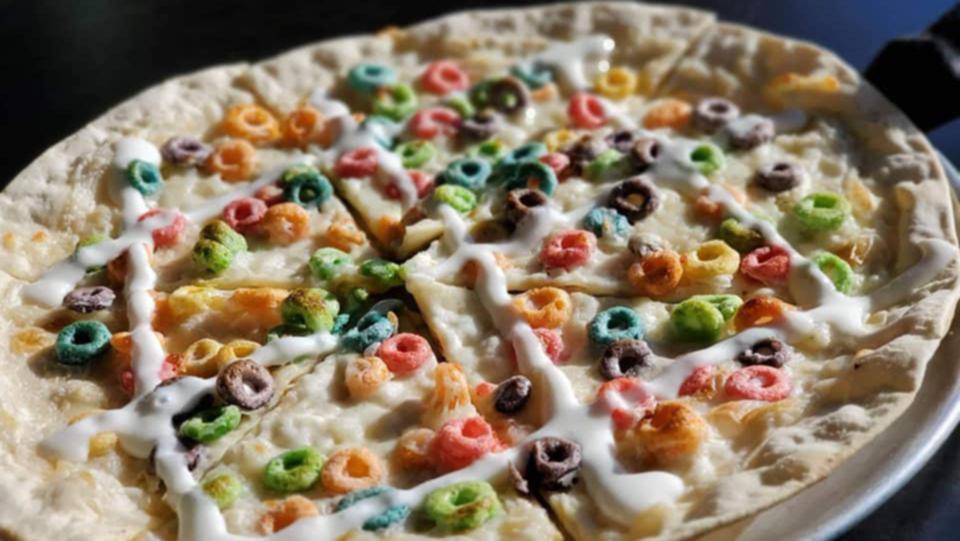 If you thought pineapple on a pizza was bad, wrap your head around the latest breakfast pizza offering from a US restaurant — Froot Loops.

Fong’s Pizza in Iowa debuted the ‘Loopy Fruits’ pizza, which includes Froot Loops, a cream cheese base, topped with mozzarella, a drizzle of Greek yoghurt and sweetened condensed milk

Anna Schmidt, the assistant manager at the Cedar Rapids restaurant, said the Loopy Fruits pizza was something that customers would either love or hate.

“I feel like the curiosity is what’s getting people. So hopefully they try it and like it and want to get it again,” she told krcg.com.

Last week, celebrity chef Jamie Oliver attracted the ire of the internet with his recipe for ‘red grape pizza’, which paired the fruit with rosemary.

“But once you try it, the sweetness, the saltiness… it’s beautiful,” he said.

In London, one restaurant has dedicated its entire menu to breakfast cereal. The idea for the Cereal Killer cafe came about after twins Alan and Gary Keery were in the grips of a serious hangover during their lunch break and found themselves craving sugary cereal.