Fishbank, a specialty seafood restaurant led by executive chef Tony Carroll, will open to the public on Friday, 16 October.

The venue is built into the ground floor of 2 King William Street, the former Jamie’s Italian, with architects Folland Panozzo and designer Claire Kneebone polishing up the early-20th century majesty of the former bank building.

The space is much more open than its previous iteration, with light spilling across the restaurant’s floor. There is a bar section to the south, casual and family dining throughout the middle of the space – including bar seating at the kitchen – and formal dining to the north.

But Tony says he hopes Fishbank’s art deco grandeur will be but a footnote to diners’ experience of the restaurant.

The menu will feature a broad range of seafood, with a focus on rare and under-appreciated fish species. Tony has developed relationships with suppliers like Fair Fish, and some independent fishers from around the country, to ensure the restaurant will consistently have high-quality, fresh seafood, presented in a range of styles.

“Ideally, when we get a piece of fish in, it doesn’t matter what it is, I want it on the menu three ways: I want it on the raw bar straight away, I want it in some kind of entrée form…; we’ll try it as a fish burger for football night – very simple, crumbed, milk bun, pickled fennel, chilli sauce; then we’ll do a hot dish with it, like a main course,” he says.

“It means it goes quickly, which means I can get more in quickly, because it’s always good to have it fresh.” 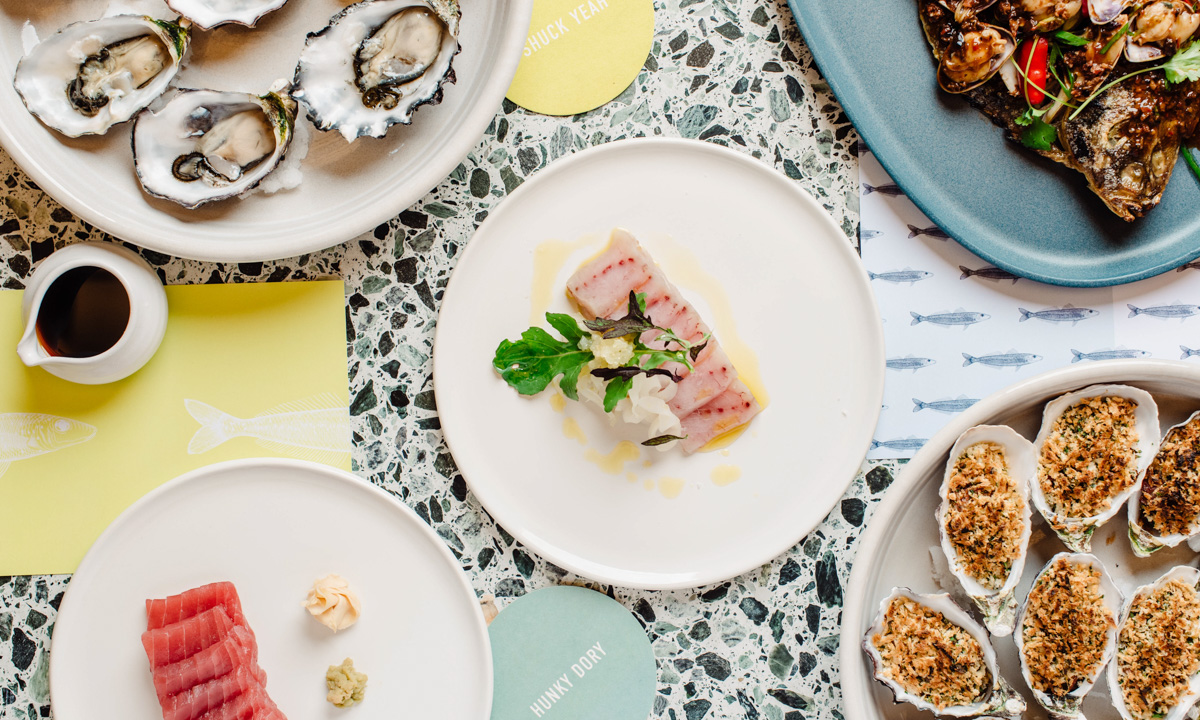 Tony hopes to broaden Adelaide’s experience of seafood, plating up the lesser-known species alongside some of the familiar dishes available in other restaurants around the city.

“You’ll see every restaurant in town does kingfish sashimi on the menu,” Tony says.

“It’s a great raw fish, but it’s local, so everyone’s going to use it. We want to do a few things with different sorts. So wild-caught leatherjacket, caught in a trap, live, ikejime, sliced to order – it’s amazing.

“You wouldn’t maybe try that because you’ve never heard of it, but here you can try it and the kingfish, or and the tuna.

“You can try six different oysters from three different regions and look for the nuances and flavour and terroir… There’s no one around town doing that.” 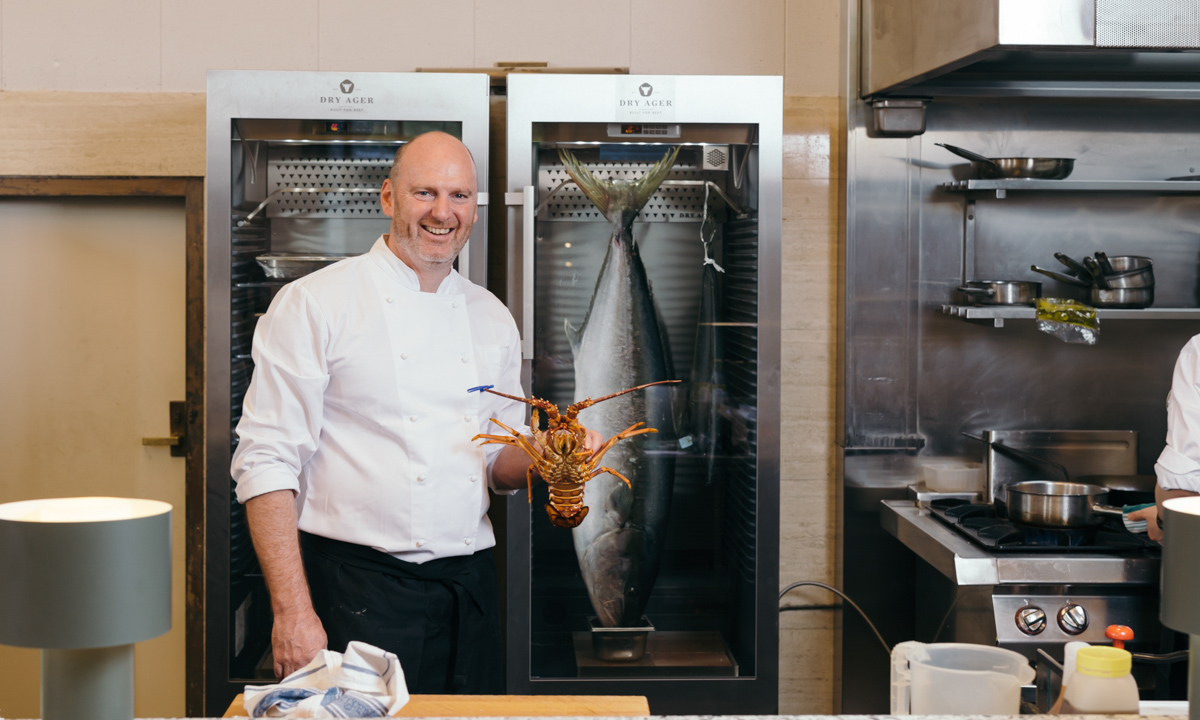 Co-owner of Fishbank, Martin Palmer, of Palmer Hospitality, who founded the restaurant alongside Ed Peter of Duxton Asset Management, brought the concept to Tony after seeing a gap in the Adelaide’s restaurant scene for seafood.

The concept was key to Tony joining the project, after leaving his position at Jolleys Boathouse earlier this year.

“We spoke about what the offer would be, seafood restaurant,” Tony recalls. 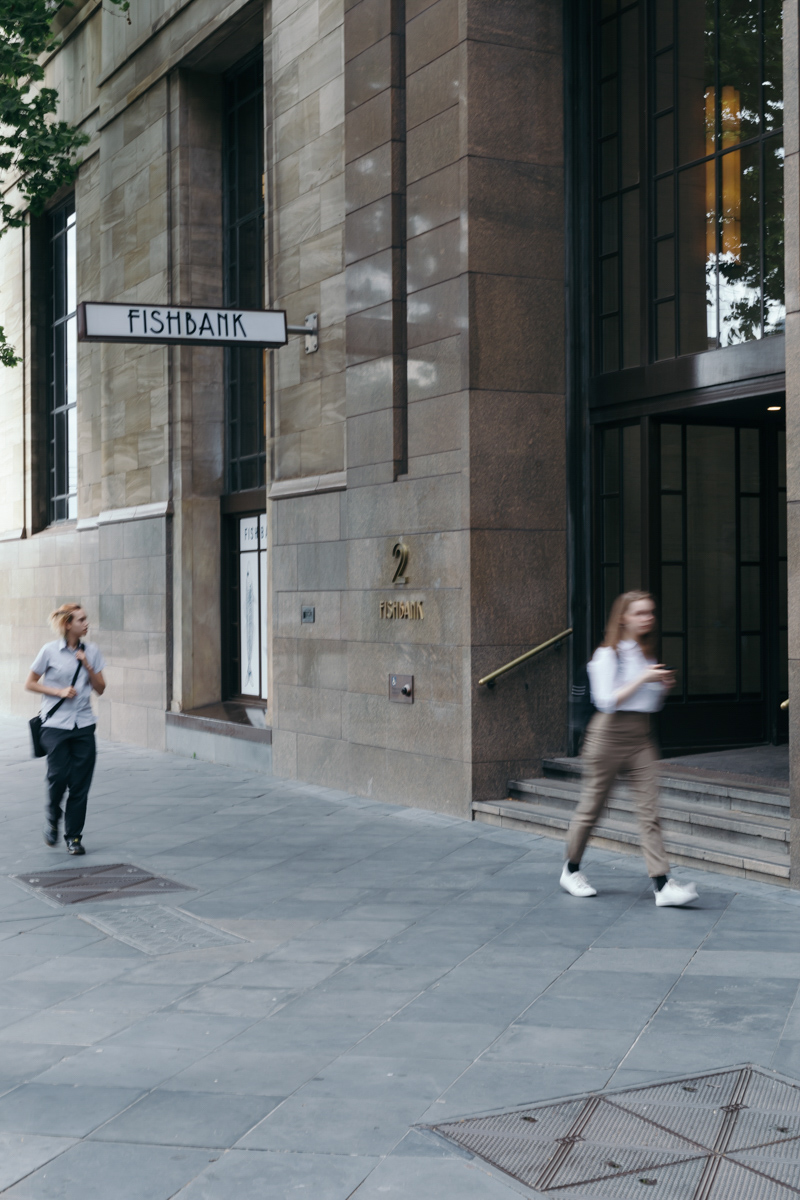 Part of the appeal is also the challenge of working with seafood – which is a broader palette for a chef to work with.

“There’s always something different. And the way fishermen are working now, they’ve been educated to handle their fish much better – it’s all land-caught, it’s ikejime, it’s brought in after one day’s fishing, not 10 days out. It’s the best time in the world to work with seafood, because you’re going to get fish that’s really, really fresh.”

In addition to its seafood fare, Fishbank will also open early in the morning for coffee and pastries.

Fishbank launches on Friday, 16 October and will open seven days from 8am ‘til late, with the kitchen operating every day from 11:30am.