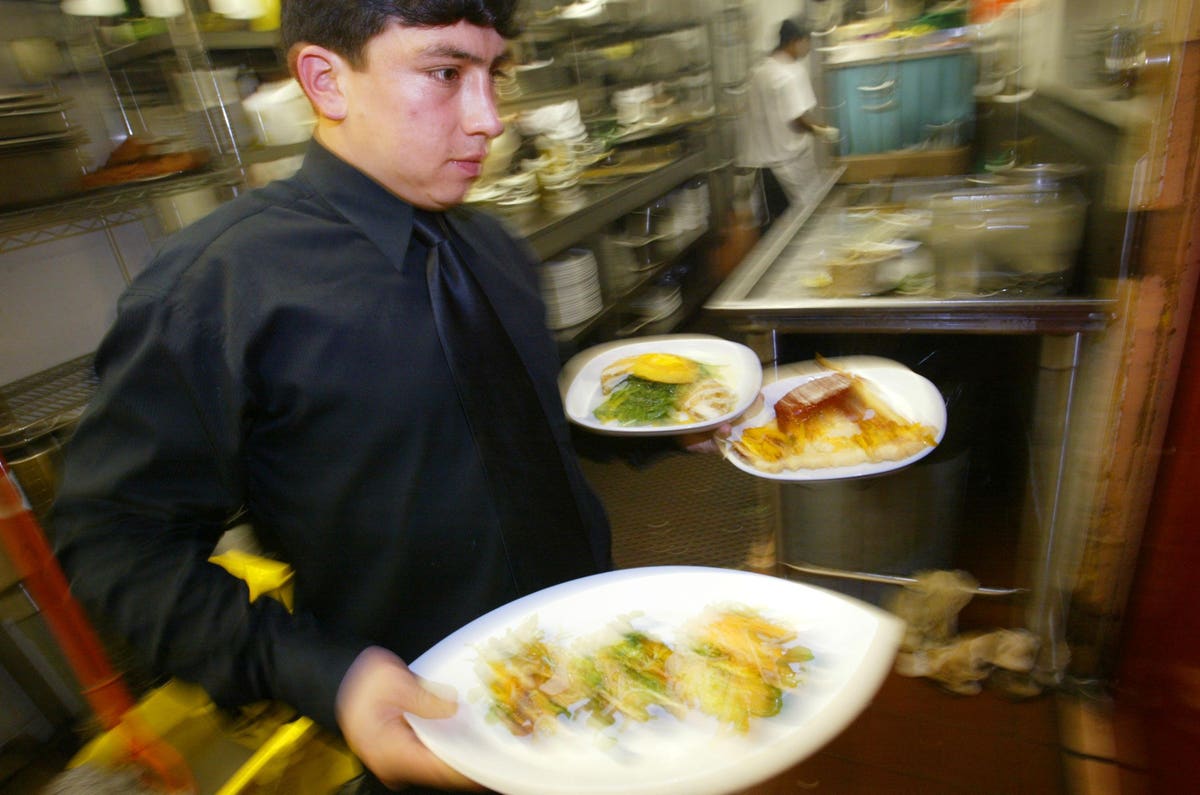 With a flurry of Congressional activity that bodes both well and poorly for the future of paid medical and family leave at the same time as global business leaders are calling on elected officials to enact mandatory paid leave laws, the plight of the unprotected worker is grabbing a relatively rare position in the headlines this week. While the high-level debates and calls-to-action don’t necessarily single out the hospitality industry, this week a new report highlighted metrics that strongly suggest restaurant workers may endure the worst overall working conditions of anyone in America. Not least among the reasons: the vast majority of tipped and non-tipped hourly earners labor without rights to family or medical leave.

“When the pandemic hit more than 30 million workers in this country didn’t have a single paid sick leave day. Four in five didn’t have paid family leave. This is a problem that has disproportionately hurt … service workers,” said Dawn Hucklebridge, director of Paid Leave for All, during a Restaurant Opportunities Center United press conference Wednesday to announce the results of a report on the state of the restaurant worker in 2020.

“Restaurant workers have the highest rates of injury and illness compared to the private sector,” added Marcy Gelb, of the National Council for Occupational Safety and Health. “They labor in hot kitchens, work with sharp objects and lift and carry heavy objects for hours on end. They can’t afford to take time off or they risk losing their job.”

On Tuesday, members of the the House Oversight and Reform Committee advanced a bill that would convert federal workers’ 12 weeks of unpaid family leave to paid time off. Most federal employees currently accrue paid sick and annual leave. The bill passed over strenuous objections from Republican committee members. It’s one of at least three gaining traction in Congress, including the Building an Economy for Families Act, which is up for consideration in the House Ways and Means committee.

On Wednesday, however, Senate Republicans blocked debate on Democrats’ infrastructure bill, raising concerns over the passage of The American Families Plan, another Biden-backed package — with specific action plans for mandatory paid leave — Congress is expected to take up next.

Then, on Thursday, business magnates like Belinda French Gates and the heads of Airbnb, Patagonia and Levi Strauss & Co. joined a campaign sponsored by the National Partnership for Women & Families to publicly shame the U.S. as the only industrialized nation in the world without a universal paid medical and family leave policy.

“More than 10 million people in the U.S. cite caregiving as a reason they stopped working during the pandemic,” said Gates, co-chair of the Bill & Melinda Gates Foundation and founder of Pivotal Ventures. “Our country’s caregiving system is broken, and it’s taken a toll on families, on our economy, and our society. Nobody should have to choose between caring for their family and their paycheck.”

Just one in five American private-sector workers have access to paid family leave, New Jersey Democratic Rep. Bill Pascrell writes in a July 20 op-ed. Among lower and middle-class workers, that number drops to one in seventeen.

“We stand at a pivotal moment in our national life. The pandemic has extinguished at least 600,000 American lives. Our frontline workers have borne perhaps the heaviest cost of keeping the country alive. The price they pay and have paid is incalculable. Their sacrifices have made clear that we can no longer ignore our workers and must pass a federal paid leave program,” he writes.

Restaurant employees, many of whom worked on-site through much or all of the pandemic, are twice as likely than the general workforce to live in poverty, according to the report.

Among the findings of the report, which surveyed 1,000 front-and-back-of-house restaurant workers across the country:

The federal requirement that businesses provide emergency paid sick leave or extended family leave for COVID-related reasons expired at the end of last year. A provision enacted this past March extended a tax credit to businesses with fewer than 500 employees for voluntarily offering up to 80 hours of paid leave to workers caretaking for sick relatives or children forced home from school. That credit ends September 30, 2021.

The National Restaurant Association did not return a request for a comment late Friday afternoon but does note in a brief that one challenge that might arise during the Biden Administration is the revision or expansion of the Family and Medical Leave Act, which entitles certain employees to unpaid leaves of absence for specified healthcare-related contingencies.