As you drive up to the Mitolo restaurant and tasting room, it’s clear that something has changed.

The matt-black exterior of the building – architecturally designed from shipping containers and nestled among the vineyards – is now adorned with bold script which spells the words “Endless Journey”.

There’s a big “tunnel of colour” inside, too, with the tasting room transformed over the past week by visiting artist Ricardo Gonzalez’s painting in shades of red, pink, orange and yellow.

Winery founder Frank Mitolo says the artwork is part of a move to inject more personality and flavour into the venue, as well as announcing the arrival of Little Wolf restaurant.

“It’s just about letting our hair down a little a bit,” he tells The Forager.

“You can have some good food and great wine but also have fun … almost like [you’re] part of our family table.”

The Mitolo restaurant opened two years ago as Bocca Di Lupo (“in mouth of the wolf”), a name which paid homage to the family’s roots in Italy’s Abruzzo, where wolves roam the large forests.

The change of name and focus has followed the recent departure of original head chef Tom Jack and the hiring of new head chef Vincenzo La Montagna, a longtime friend of Frank Mitolo and owner of the former fine-dining restaurant Vincenzo’s Cucina Vera on Unley Road, Parkside.

“We’ve done really well up here in two years and achieved quite a lot but at the end of the day it wasn’t really the food or the style that was true to me, so I decided it was time for a change to the food that I grew up with and that I’ve seen on my travels,” Mitolo says.

“It’s really about approachability – being clever without being too complicated.

“Vincenzo and I are like two peas in a pod the way we think about food … what I wanted to do was right up his alley.” 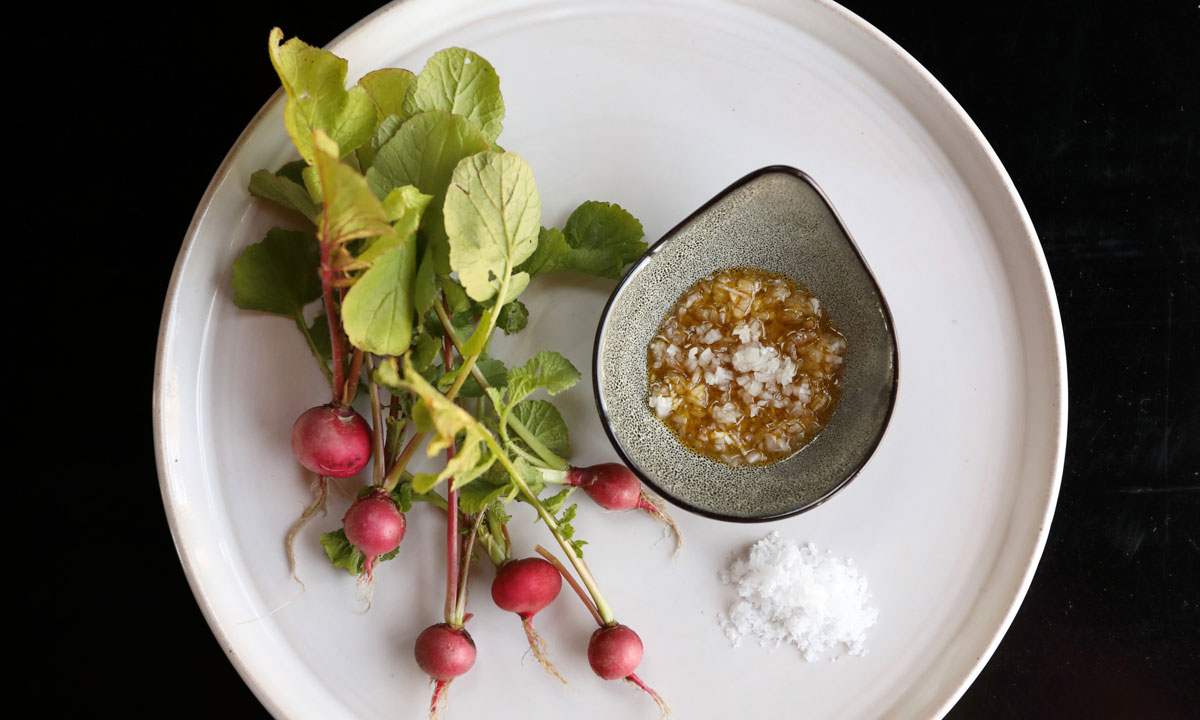 There is a selection of salumi and formaggi dishes such as Wagu bresaola, sheep’s milk ricotta and caciocavallo (wood-smoked stretched curd), and small dishes including fried gnocchi, Arrosticini lamb or chicken (skewers), pizza mortazza (made with wood-fired Roman pita and mortadella) and pomodorini (a tomato dish made with raw, preserved and fire-roasted tomatoes).

“Vince and I talked about when we were kids, Nonna would get some ripe tomatoes and make up a dish with some olive oil, salt and pepper – this is a play on that,” Mitolo says of the pomodorini.

“It’s just a really interesting, full-of-flavour dish, and something that we still really enjoy now.”

Another dish that reflects Mitolo’s family origins is the paccheri pasta with wild boar and saffron d’Abruzzo.

“Wild boar is all over Abruzzo in the forests, and saffron d’Abruzzo is Italian saffron which was brought to Italy 450 years ago by a monk; Navelli Plains in Abruzzo is famous as one of the best saffrons in the world,” Mitolo says.

Pasta (all made in-house) is a key focus of the Little Wolf menu, with other larger plates including veal cotoletta Milanese, lamb tomahawks and stone-baked whole small chicken offered two ways, one of which is basted with spreadable spiced salami.

The Bistecca Fiorentina (Florentine steak) is a signature dish, with a choice of Wagyu X Angus or Black Angus priced per 100g, and both it and the lamb tomahawks are cooked on the restaurant’s new Argentinean-style Assado grill.

“With the Bistecca Fiorentina, it’s about getting a really even, beautiful char on it, then resting it, and it’s traditionally served al sangue, which is ‘to the blood’ – that’s how we will aim to serve it,” La Montagna says.

“The beef is all local – mostly from the Coorong region. We’ve got the whole allocation for this area on the Wagyu X…. the marbling on this stuff is amazing. It’s super-delicious.” 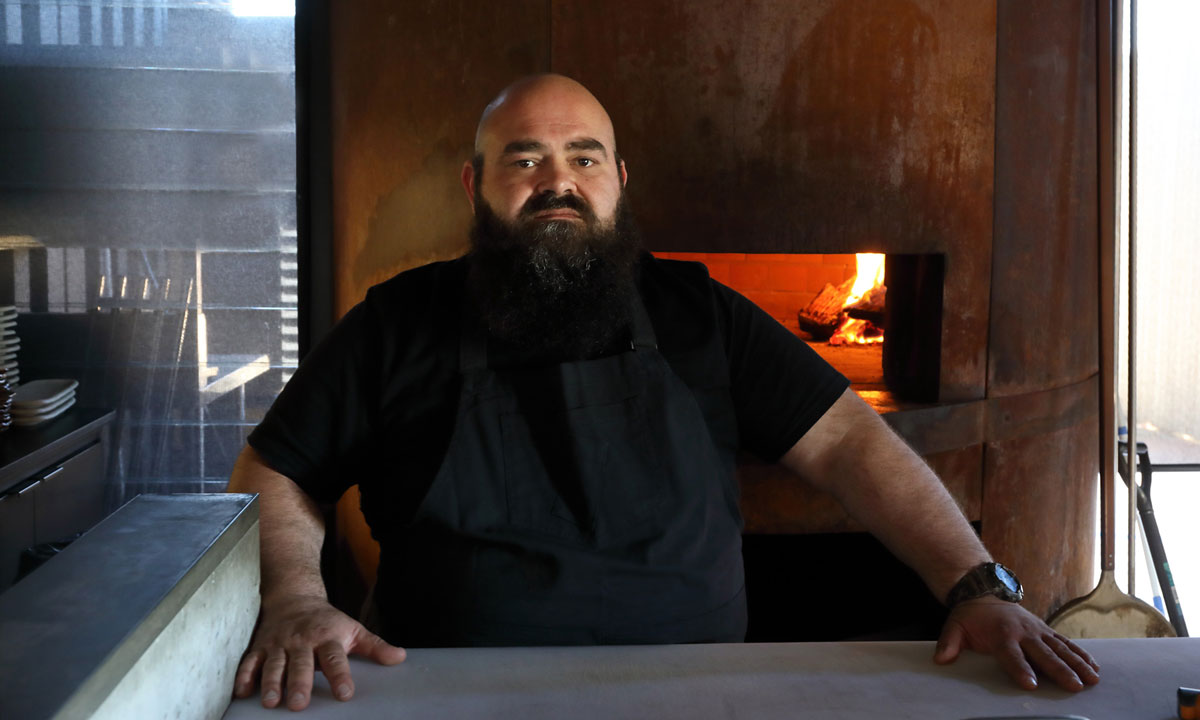 Dolci (sweets) include maritozzi – which Mitolo describes as “like an Italian Kitchener bun” – and house-made cannoli.

“For the cannoli, the dough is actually made with grappa and then they’re filled with a whipped sheep’s milk ricotta and citron and Sicilian oranges,” La Montagna says.

“Our sheep’s milk comes from a place called Riverside Farm in the Barossa. It’s very small production so we’re very lucky to have it.

“Sicily itself doesn’t have many cows; they’re mainly shepherds and the shepherds use the milk from their sheep or goats so traditionally Sicilian cannoli is made from sheep’s milk.” 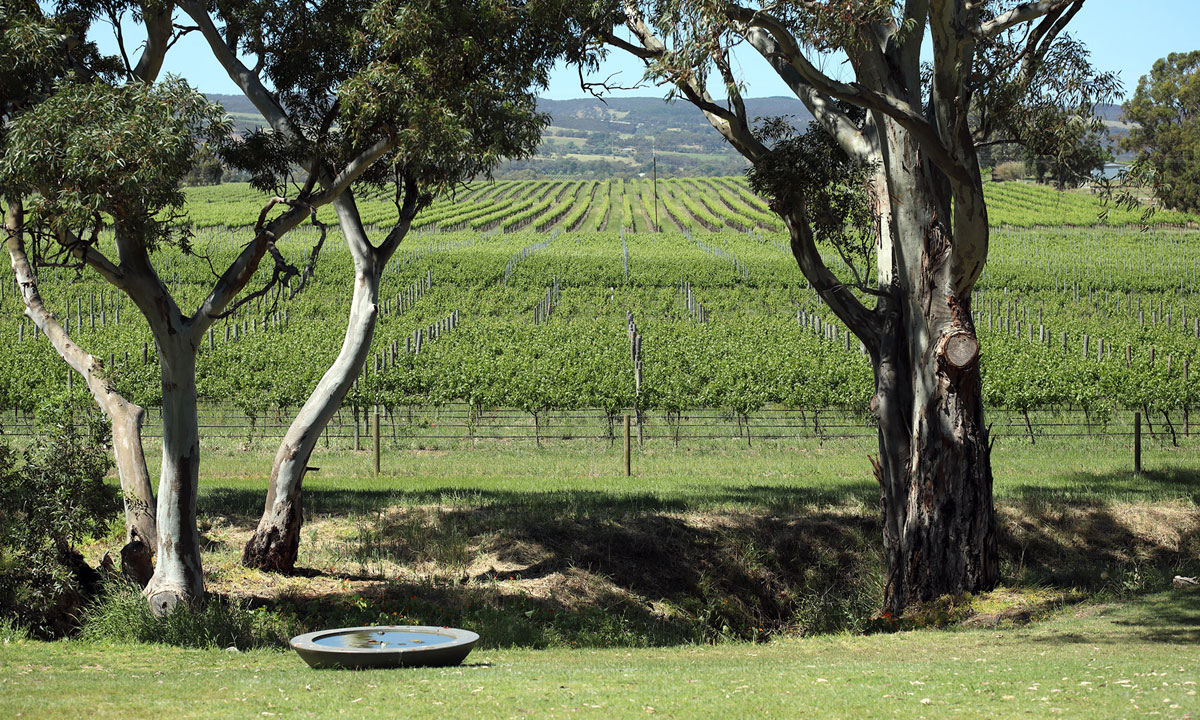 Mitolo emphasises that with Little Wolf, “there are no rules” – it’s a restaurant where diners can choose to approach the menu in whatever way they wish.

“You can have what’s called a La Panarda, which is a long lunch – in my Dad’s region, historically, they were famous for these 10-hour feasts with 40 dishes. This won’t be 10 hours with 40 dishes but it will be a big long lunch with lots of plates.

“We’re also doing a Da Noi, which means ‘feed me’ – so you can have a couple of small plates, or we can put 20 plates on the table for six or eight of you. It’s really your choice.”

It was Frank Mitolo’s brother-in-law Matt Minear (of BAD. Everything creative agency) who knew of artist and designer Ricardo Gonzalez’s work and suggested flying him out from New York to create artwork that would highlight the venue’s new direction.

Gonzalez has exhibited his art everywhere from Vienna to Tokyo and created designs for high-profile clients including Apple, Nike, Oprah Magazine, Pepsi and Toyota, but this is his first visit to Australia and his first time working with a winery. 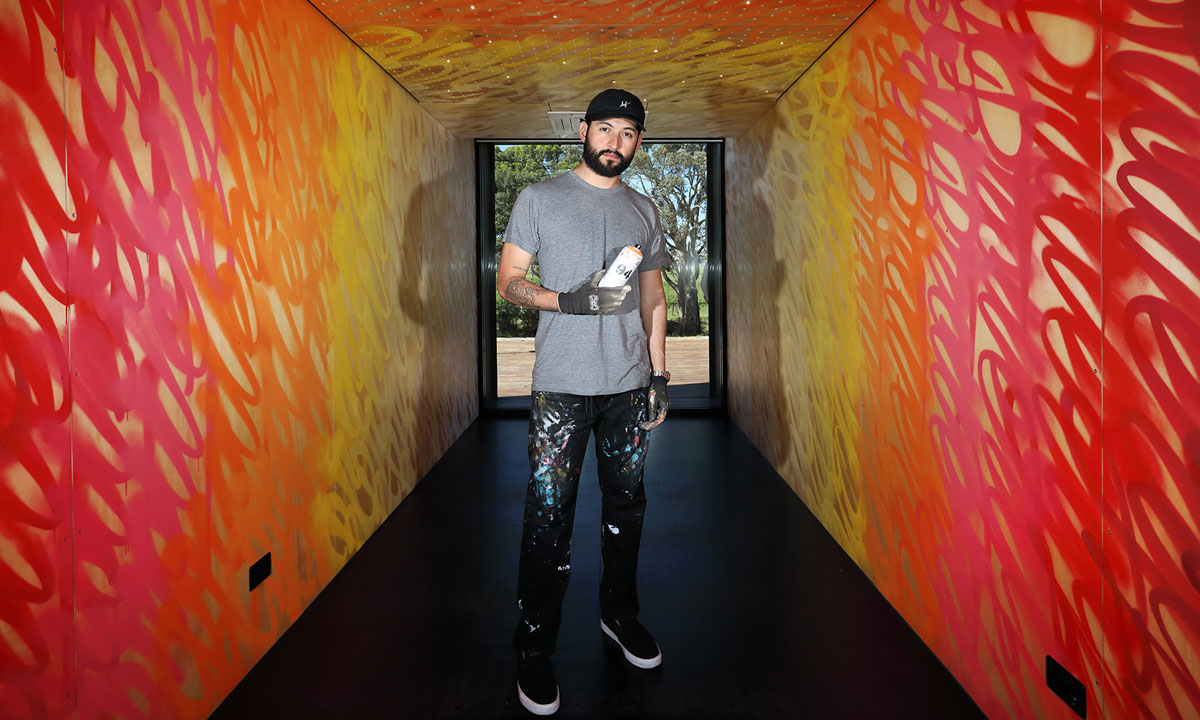 He says his palette for the external wall and the tasting room were inspired by the colour gradients found in grapes and wine. The words “Endless Journey” reflect both the journey inherent in the wining and dining experience, and the journey that Mitolo is undertaking with the changes of its premises.

“My work is ambiguous but in a good way, so it can be interpreted in many ways,” Gonzalez says 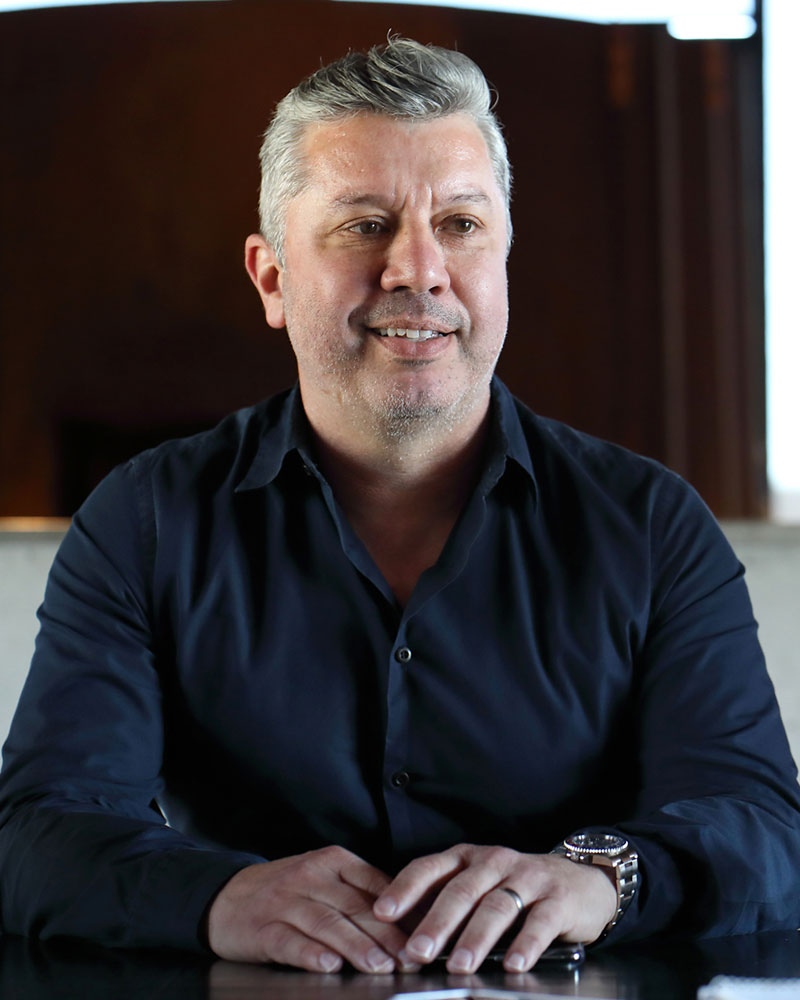 Mitolo hopes all the changes will be embraced by existing customers as well as appealing to a broader demographic who won’t see the restaurant as only a “special occasion” dining experience.

In future, the outdoor dining space overlooking the vineyards behind the building will be used more for large groups of diners, rather than just functions, and he’s also looking at introducing Sunday sessions on the lawn where visitors can enjoy dishes from the small plates selection.

“I’m hoping people will come here once a month because they will enjoy it and have fun and it’s relaxed,” he says of Little Wolf.

Mitolo’s Little Wolf restaurant is at 141 McMurtrie Road, McLaren Vale. The new menu is being launched this Friday.

We value local independent journalism. We hope you do too.

InDaily provides valuable, local independent journalism in South Australia. As a news organisation it offers an alternative to The Advertiser, a different voice and a closer look at what is happening in our city and state for free. Any contribution to help fund our work is appreciated. Please click below to become an InDaily supporter.

Jump to next articleSource